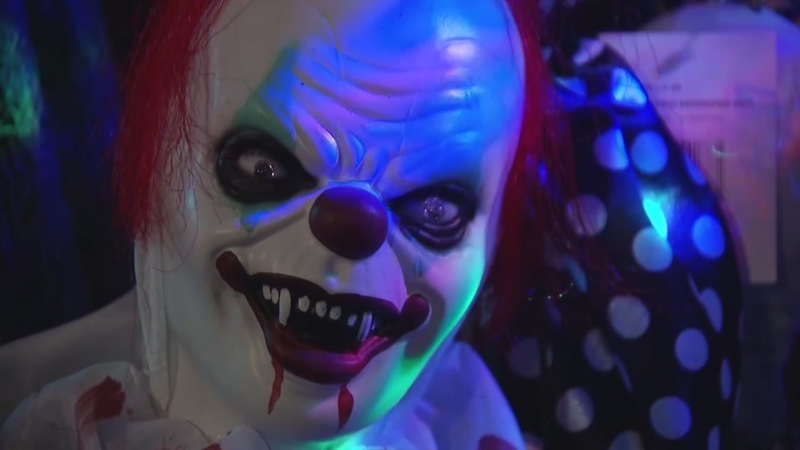 Clown warning issued ahead of Halloween

LEBANON, TN (KTRK) -- A string of frightening encounters involving children and clowns has officials warning people to be on the lookout for these characters this Halloween season.

The Tennessee Highway Patrol says this October, if you see something, say something.

THP says watch for clowns trying to lure children in to the woods. They are possibly predators. Call 911 or *847 pic.twitter.com/7AaEOj4WuE

Clown sightings have been recorded through late summer in South Carolina, southern Kentucky, Tennessee and a few other states.

A teenager in Coffee County, Tennessee claimed to be attacked by a clown in recent days while other children reported clowns trying to lure them into the woods across the southern United States.

At a local shop in Lebanon, clown costumes remain a best seller for this year's Halloween season.

People in Pottsville, Pennsylvania, say clowns have been harassing children at the playground

Brendan Martel, an employee at the shop, says next to 'Halloween' stalker Michael Myers, the clown costume is in demand.

"To me, it looks like a bunch of jokesters," Martel says of the clown phenomenon.

The clowns pic wasn't a photo taken in TN, it's a photo circulated via social media. We're promoting awareness. This has been reported in TN


"Some people probably thing it's really funny, but again, I don't think it's intelligent to do something like that," Pennycuff says. "Standing in street corners with clown masks, it's not a very smart thing to do."

Some customers say the second greatest risk beyond terrifying children might just be a clown losing their life.