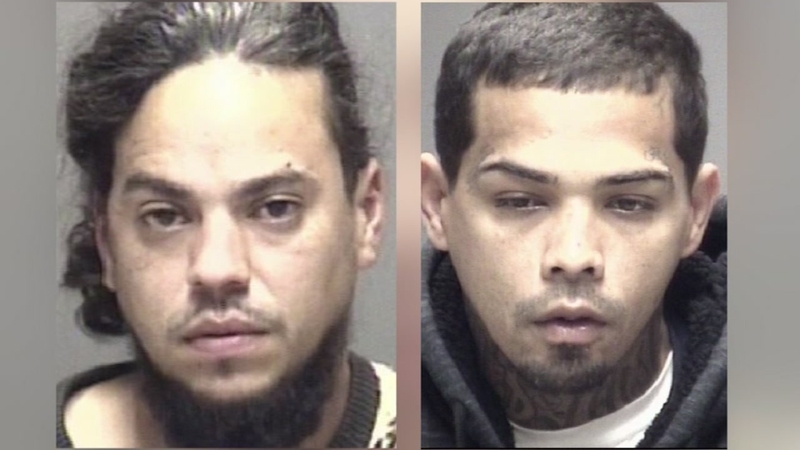 TEXAS CITY, Texas (KTRK) -- A husband and wife teamed up to fend off two men wearing clown masks who tried to rob them with a machete, according to police.

The bizarre scene unfolded in the early morning hours of Feb. 1.

Police say the two suspects, Jose Lugo and Luis Jimenez, approached a husband and wife in their driveway as they were sitting in their truck.

Lugo and Jiminez had on clown masks and one of them was armed with a machete, according to police.

The couple, Aretha Cardinal and her husband Joseph Nelson, say the weekend ordeal is still hard to believe.

"I'm sitting here talking to my wife and the next thing I know, when I look up, I see somebody running towards me with this white clown mask on and a machete," said Nelson.

Nelson said he couldn't believe what was happening.

"He reached his hand through the window, put it on my throat like this and I'm like 'Dude, you serious, you trying to rob me with a machete?'"

Nelson said he chased down one of these suspects with the very machete he was threatened with.

His wife used their granddaughter's scooter to help defend them.

"Any weapon is good for me if I can get you off me and my husband, that's what I'm going to do. I used the scooter, broke it in half," said Cardinal.

The couple's adult daughter called the police and they arrived during the crime, and the suspects were arrested on the spot.

Lugo and Jimenez are in custody in the Galveston County Jail.