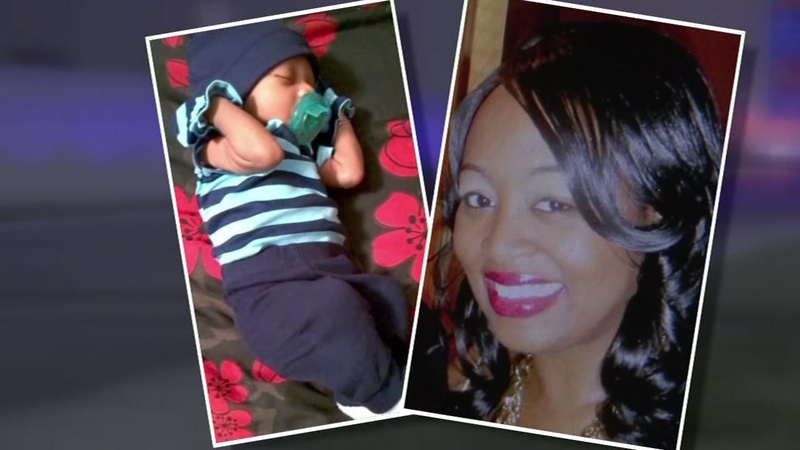 HOUSTON, Texas (KTRK) -- Four people have been charged for their roles in a drunk driving crash that killed a mother and her 3-month-old son in Clear Lake.

Three adults, including a bartender and the son of a bar owner, are charged with giving margaritas to alleged drunk driver 20-year-old Veronica Rivas at Crescent City Connection Sports & Oyster Bar on 16605 El Camino Real back in February.

Teare: receipts show adults bought drinks but the under age drinkers were at the bar. Adults buying 4 margaritas at a time

Devin Jackson, 24, is the son of the bar's owner. Jackson is charged with knowingly purchasing and providing alcohol to a minor.

Devin Jackson, seen here, and two others are charged for buying a 20 yo and 17 yo alcohol at a restaurant. The 20 yo crashed and killed a mother and her 3mo baby the same night @abc13houston pic.twitter.com/oeBnwfMPjz

Texas law bans the sale of alcohol to those under the age of 21.

John C. Medina, 23, was also charged with purchasing and providing alcohol to a minor.

That's a Class A misdemeanor, which carries a penalty of up to one year in jail along with a $4,000 fine.

Medina was charged with aggravated perjury for lying to a grand jury, as well. That charge carries a penalty of up to 10 years in prison.

Amy L. Allen, 40, a bartender, is charged with acting with criminal negligence by allowing Rivas and her 17-year-old passenger to drink alcohol at Crescent City.

This is a 2013 mugshot of Amy Allen, the bartender charged with acting with criminal negligence by allowing underage customer Veronica Rivas and her 17 yr old passenger to drink alcohol at Crescent City sports bar.https://t.co/tK4Q2DJtQX pic.twitter.com/GLmGhKEZPf

Allen is also accused of not checking their IDs.

That charge comes with a penalty of up to one year in jail.

The D.A.'s office announces charges against a bartender and others, related to a fatal accident that claimed the lives of a woman and her baby

Shayla Joseph, 36, and her son Braylan Jabari Joseph were killed on Feb. 28 when police say Rivas slammed into them at the intersection of I-45 and El Dorado.

Rivas is charged with two counts of intoxication manslaughter.

"One night of reckless partying resulted in a lifetime of loss for Bryan Joseph, who lost his wife and son," said Vehicular Crimes Division Chief Sean Teare. "We owe Mr. Joseph, Shayla Joseph and young Braylan justice, and that includes not just holding Veronica Rivas responsible, but every person who had a hand in setting this tragedy in motion."

DA Vehicular Division Chief Sean Teare: The charges today, I hope they instill fear in those who serve alcohol.

The group begins its work at crash scenes and then traces events backward to find the source of the alcohol.

Teare: the task force was months in the making. This investigation not only one in the pipeline, just the 1st.

"Those who fuel carnage caused by drunk driving are legally responsible and the community will determine the cost of their actions," Harris County District Attorney Kim Ogg said. "Serving or offering someone alcohol is a consequential responsibility."