Driver tries to run over people, including HPD officers, in Citycentre parking garage 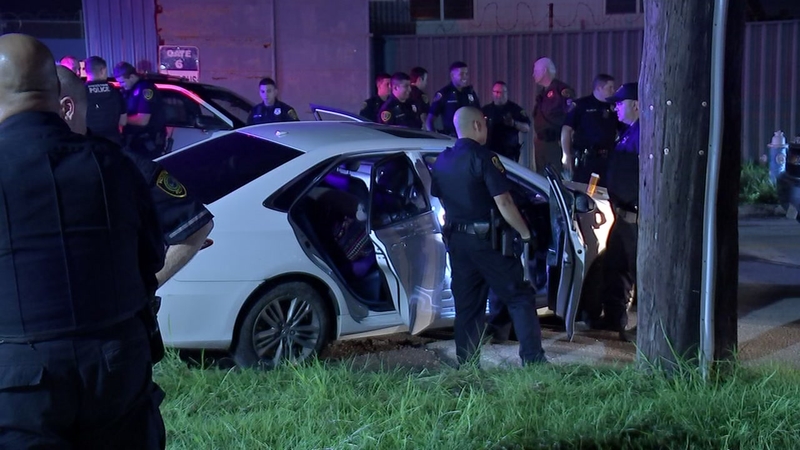 Chase suspect allegedly tries to run over police with his car

HOUSTON, Texas (KTRK) -- Police say a man who tried to run over people with his car in a parking garage in the Citycentre area overnight sparked a 30-minute chase through west Houston.

The suspect rammed at least two Houston police vehicles during the incident.

TranStar cameras captured the chase that started around Gessner near the Katy Freeway, then traveled to the Westpark Tollway and Highway 59.

From there, the suspect sped through the Galleria area and toward downtown.

He finally stopped at Quitman Street, but he wouldn't surrender to officers.

A K9 unit was called in to help with a brief stand-off, where police say the suspect wouldn't show his hands.

"The suspect rammed two police cars and almost ran over some officers. Once we tried to get him out of the car, he refused to come out. He was hiding his hands. We couldn't see what he was doing. We ended up having to deploy a K9 to try and get him out," HPD Lt. Ron Wilkins told Eyewitness News.

Officers used a Taser on the man. He was arrested and treated for dog bite injuries.

Charges are expected to be filed this morning. The name of the suspect has not been released.