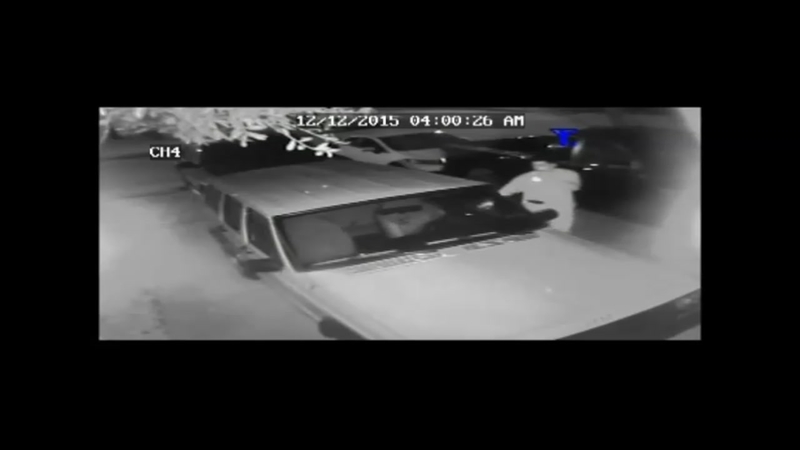 KATY, TX (KTRK) -- If you live in one part of Ft. Bend County, you might want to make sure your vehicle doors are locked.

According to the sheriff's office, there has been a rash of burglaries of vehicles in the northwest section of the county, primarily in and around Cinco Ranch and Grand Lakes.
On Saturday, December 12, 12 burglaries were reported

Single cases were on Cinco Ranch Boulevard, Centennial Glen Drive and Walkabout Way. Four occurred on Medallion Pointe Drive and three more were Brigstone Park. On the same day, there were burglary cases filed on Permian Drive, Limewood Lane and Westacre Place in the Townewest subdivision.

Combined with cases earlier in November, about 25 burglary cases have been reported.

In one case, a white or Hispanic male is seen on video approaching victims' vehicles between 4am and 7am. He moved along until he found an unlocked vehicle.

In another case that occurred on Dec. 1 on Bridge Creek Lane in Grand Lakes, a video shows three suspects getting into a vehicle. One suspect is a black male wearing a light-colored hooded sweater. A second suspect is wearing a baseball cap, entering an unlocked vehicle. They stole a Smith and Wesson pocketknife and cash.

Another pair of crooks struck in daylight. On December 11 at around 11am, a woman pulled her SUV into a gas pump stall at Kroger in the 1500 block of the Grand Parkway southbound in the Katy area. A witness saw an older model white Chevrolet Impala circle the gas station and return. That witness said he saw a young black male driver and a black male passenger in the vehicle.

The witness said he saw one of the men wearing a blue jean shirt and an unknown t-shirt and tennis shoes exit the Impala. He says the suspect crouch and open the front passenger door and take something from the front seat.

The vehicle, which had a paper plate, took off and drove toward Bay Hill Boulevard.

The victim in that case says she had an unauthorized transaction made on one of her credit cards in the Sugar Land area.

Video from Target shows a white or Hispanic female and male subjects, both wearing graysweaters, using the cards. Investigators say the same female subject was shown using a stolen credit card at a CVS in the 1200 block of Highway 6 in Sugar Land.