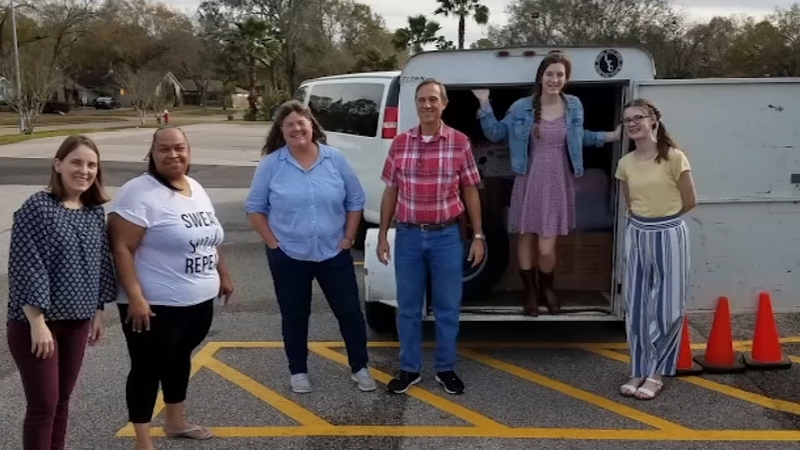 HOUSTON, Texas (KTRK) -- The Clear Lake community is coming together to help a North Carolina church after one of their vans filled with donations was stolen in north Houston.

The North Carolina church filled up the van with warm clothing that was going to be taken down to McAllen, Texas and given to immigrants living across the border.

On Thursday, a father and his two daughters loaded up a large U-haul trailer full of donations and headed out from North Carolina to Texas.

Despite out-of-town parishioners experiencing the worst case scenario in Houston, our city is responding to that with the best it has to offer them.

During a stop in Houston, the father and his girls went to watch a movie at Greenspoint Mall when the truck and trailer were stolen.

A member of the Clear Lake Church of Christ in Houston heard of the incident and began a collection of items of their own to help.

In a few hours, according to the Clear Lake church, Houstonians donated enough materials to fill an entire van, which were taken to the Rio Grande Valley Humanitarian Respite Center and distributed.

A few days later, police found the truck and trailer which still contained a majority of the original donations.

Now, the family plans to take the remaining donations down to the border as well.