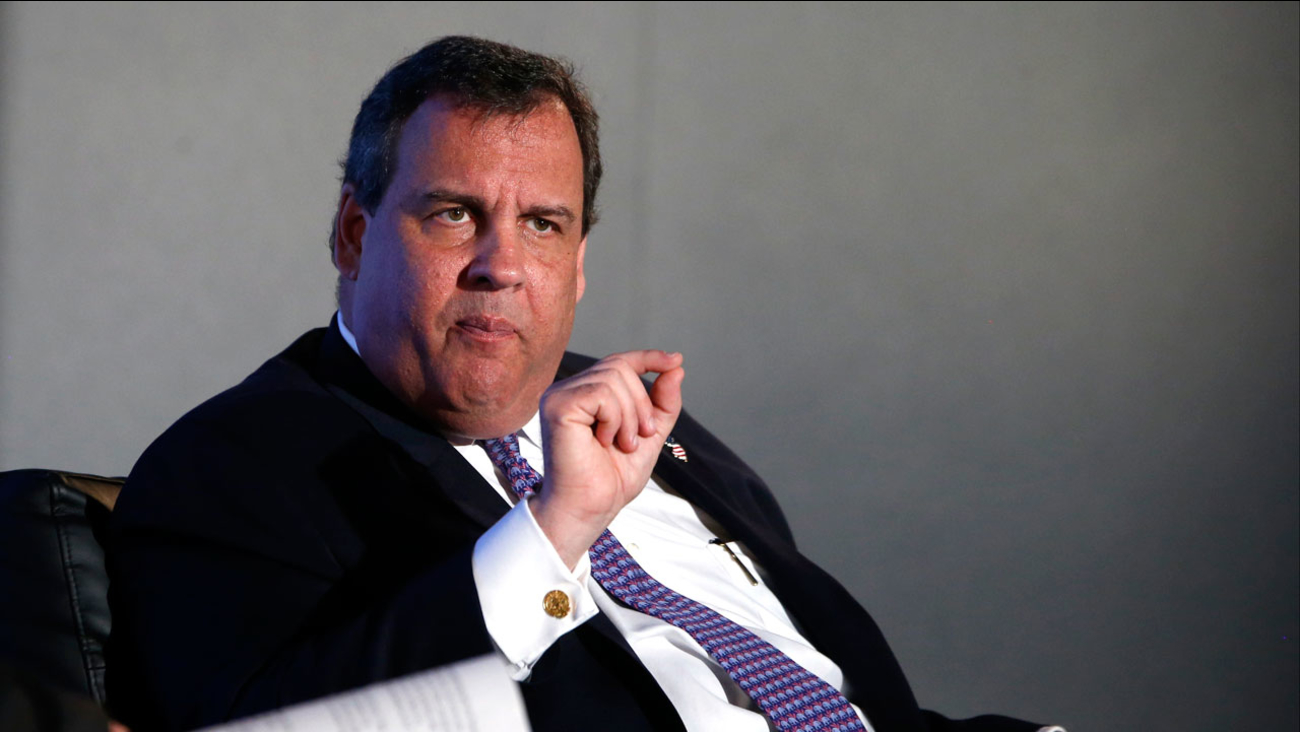 ENILWORTH, NJ -- New Jersey Gov. Chris Christie got into a heated exchange over pensions with a public school teacher at a town hall meeting Tuesday that was marked by frequent outbursts from protesters.

Christie, a Republican who is considering a run for president in 2016, has been holding weekly town hall meetings across the state to tout his proposal to further reform New Jersey's public worker health care and pension system, arguing a previous deal did not go far enough. The event in Kenilworth came as teachers have been participating in a social media campaign urging Christie to make the payments he agreed to in his first term but now says the state cannot afford.

His second question came from a woman who identified herself as a teacher of 27 years. She said she felt Christie's approach favored the affluent and questioned the size of a settlement the state reached with Exxon Mobil Corp. over environmental damage.

Christie, who built his national reputation partially through YouTube clips of similar confrontations, immediately pushed back against her assertion that the state could have gotten more.

At one point during the nearly 15-minute exchange, the woman, who identified herself to The Record newspaper as Kathy Mooney, told Christie, "I'm not here to be bullied."

"You're not being bullied because you're asking me questions; I get to ask some questions back," Christie responded. "If you're going to make an assertion of fact as a teacher, who people in the community respect as a truth teller, then I'd like to get to know where you get your information."

Christie has repeatedly criticized news coverage of the deal, saying that the $225 million settlement reached for pennies on the dollar does not include all of the cash Exxon Mobil will have to pay to clean up the damaged sites. Those costs, he says, have no cap.

He also argued that, without dramatic changes, the state workers' pension system will have nothing left to pay teachers down the line.

The event, in front of a largely friendly standing-room crowd, was interrupted several times by protesters angry over Christie's positions on immigration and other issues.

"Arrest Christie," chanted members of a group called New Jersey Communities United after sounding a whistle. "Keep families together," a woman's sign read. All were escorted out of the Harding Elementary School auditorium by security.

There were some lighter moments. At one point, a little girl in a Brownie Girl Scout uniform asked Christie to name his favorite dessert. Christie had joked earlier that Jimmy Fallon, host of the "Tonight Show," had warned the shrinking governor never to talk about desserts or risk being mocked.

"I want everybody to tune in tomorrow night to the live 'Tonight Show' to get the answer to this question and how Fallon will make fun of me because of this," he said.