Mom of 5-year-old left in closet didn't implicate boyfriend in fear he would retaliate: Prosecutors 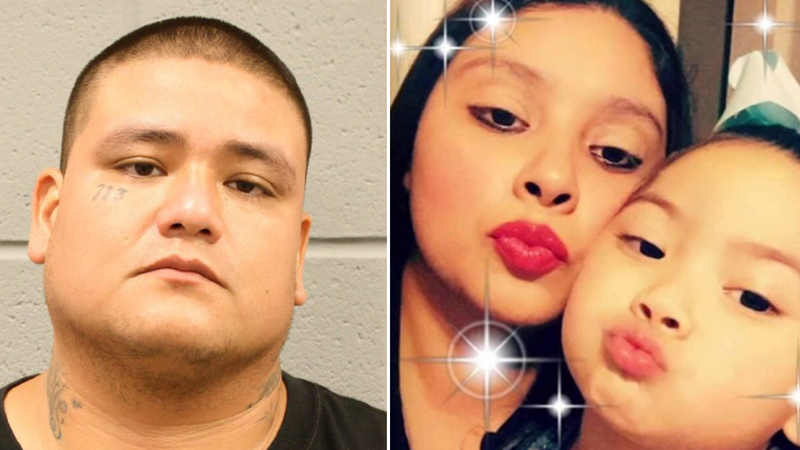 HOUSTON, Texas (KTRK) -- Santiago Esparza's bond has been set at $100,000 in connection to the death of 5-year-old Sierra Patino.

On Saturday, the judge set Esparza's bond at $100,000 for the safety of the community based on his violent history and violent allegations in the case.

But should he bond out, he must follow these conditions:

They believe that while none of his prior family assault convictions were committed against the girl's mother, Priscilla Nicole Torres, they would not be surprised if she didn't implicate him when she talked to police the first time out of fear that he may retaliate against her.

On Friday a warrant was issued for 30-year-old Esparza, the boyfriend of Sierra's mother.

Authorities filed a tampering with evidence charge against Esparza, who they believe helped Torres hide the body of the 5-year-old girl.

Detectives say Torres wrapped the girl's body in a blanket and put her in a closet.

Police say Torres told them she was too scared to call 911 after her daughter died because she feared CPS involvement.

She allegedly said Sierra died from ingesting chemicals on Aug. 27, and her body had been kept in the closet until she was discovered on Labor Day.

Torres was arrested and has been charged with felony tampering with evidence, a human corpse. Houston police have said more charges are possible.

According to information revealed in court on Thursday, Sierra started kindergarten on Aug. 21.

The next day, Torres allegedly said Sierra was sick and didn't go to school. At that time, Sierra was staying with her grandmother.

Torres and Sierra moved to Esparza's apartment on Aug. 22.

Prosecutors said Torres claimed the girl died on Aug. 27. On Aug. 30, they said the mother and boyfriend checked into a Jacinto City hotel. They then spent the weekend in Galveston before returning to Houston on Labor Day.

Defense attorneys told ABC13 that Torres is not responsible for her daughter's death.

She appeared in probable cause court on Tuesday, where her bond was set at $50,000.

Prosecutors wanted Torres' bond raised to $100,000, saying they consider her a flight risk.

If released from the Harris County jail, they fear Esparza might hide her in Mexico.

They accuse him of being a documented gang member with a group known as Tango Blast.

"Tango Blast has an extensive network in Mexico and could hide the defendant to hinder her prosecution," read the state's motion for high bond.

Mom's boyfriend to be charged in death of girl hidden in closet.