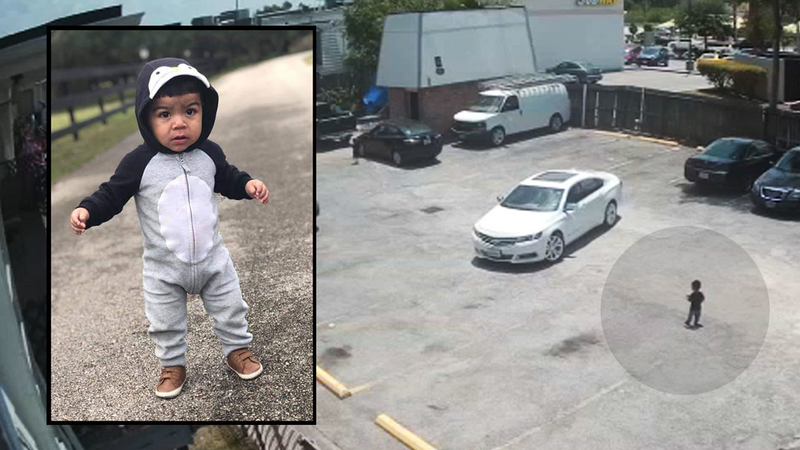 HOUSTON, Texas (KTRK) -- The family of a woman charged after her 18-month-old son was killed by a car in southeast Houston is urging police to charge the driver who hit him.

It all happened in the parking lot of a small apartment complex at 6305 Tierwester St.

The video then shows a neighbor getting into her white car and backing up. As she does so, little Alan appears on camera trying to follow his cousin. That's when the car, driving forward, runs over Alan.

#RIP little Alan! The toddler was killed when a car ran over him. His mother is facing charges of endangerment, but family blames the driver, who is currently not charged. #abc13 https://t.co/GtpSDa5hiC pic.twitter.com/NqTh9JOM5T

Prosecutors say the fact that Vasquez walked the entire length of the parking lot, not paying attention to the children behind her, is why they charged her with child endangerment.

"The probable cause was that she was negligent in the abandonment of this child," said Sean Teare of the Harris County District Attorney's Office. "She allowed the child under the age of 2 to just walk through a parking lot."

Family members though, say Vasquez had left the two boys with her sister. She had no idea they ran out and followed her.

"They should slowly check the video again, slowly," said Rose Miranda, an aunt in the family. She and others want prosecutors to charge the driver, arguing she hit Alan driving forward, and should have seen the child.