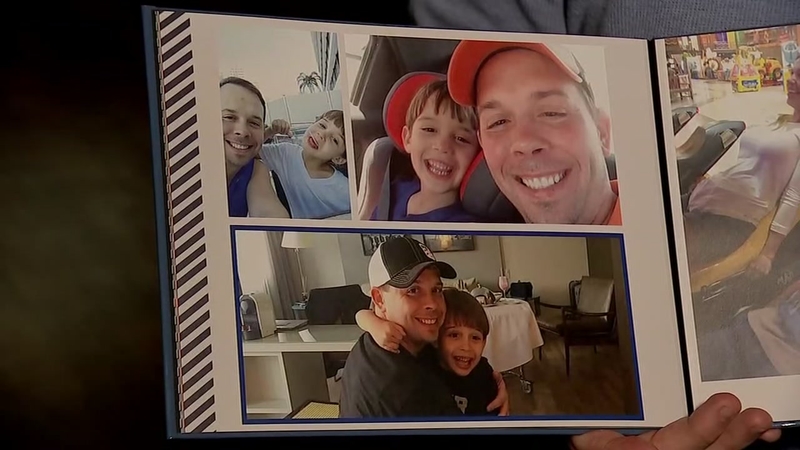 Inside his home near Houston's Medical Center, this father's quest to get his son back, may finally have reached a turning point today.

"Over and over again, I've had my hopes just dashed, my heart crushed, but today is a day I finally feel like there's a chance," he said.

When Nico was just 3 years old, Brann's ex-wife, Marcelle Guimaraes took their son for a family wedding in Salvador, Brazil.

They would never return.

Unknown to Brann at the time, his ex-wife filed for custody in Brazilian courts, and enrolled their son in school. It's been a nightmare ever since.

On Wednesday morning, Brann got a phone call from his lawyer. Federal authorities had arrested Carlos and Jemima Guimaraes, Nico's grandparents, as they entered the U.S. at Miami International Airport.

The wealthy Brazilian couple and their daughter have all been charged with conspiracy and International Parental Kidnapping. Nico and his mother remain in Brazil. But the grandparents' arrests on U.S. soil could be pivotal. The grandparents are being held without bond, pending a hearing on Monday in Miami. The Department of Justice plans to ask for no bond at that hearing.

Brann hopes their arrest will be the first step in an uncertain process that could eventually bring Nico back to Houston.

"Just the glimmer of hope," he said, choking back tears. "Having him back home is why I have been fighting for five years."

Brann's tireless efforts to get his son back had involved multiple trips to Brazil. He was able to get visitation rights, but all visits are always accompanied by two armed guards. Along the way, Brann has learned Portuguese, lobbied Washington, and became an expert at parents who are left behind. He says approximately a thousand parents in the U.S. today are in similar situations, where another parent has taken a child overseas without authorization.

Brann says he is grateful for everyone who has helped him along the way. However, he is still very cautious, knowing it could still be a long time before Nico comes home.
Report a correction or typo
Related topics:
houstonkidnapping
Copyright © 2022 KTRK-TV. All Rights Reserved.
TOP STORIES
Wanted man accused of shooting ex, killing her friend in N. Harris Co.
Gunman opens fire on woman in gas station parking lot in north Houston
Heavy rain possible Thursday and Friday
Biden says he supports changing Senate filibuster rules
4 charged in deaths of 53 migrants in trailer in San Antonio, DOJ says
Driver shot may have been ambushed after dropping off friend, HPD says
Wanted purse snatchers rang up $1,000 on 65-year-old victim's cards
Show More
$15K reward offered for information in death of beloved Houston pastor
1955 warrant in Emmett Till case found, family seeks arrest
Gulf disturbance up to a 40% chance of development
Family stranded trying to fly home ahead of busy holiday weekend
Woman walking with baby stroller shot to death in Manhattan
More TOP STORIES News