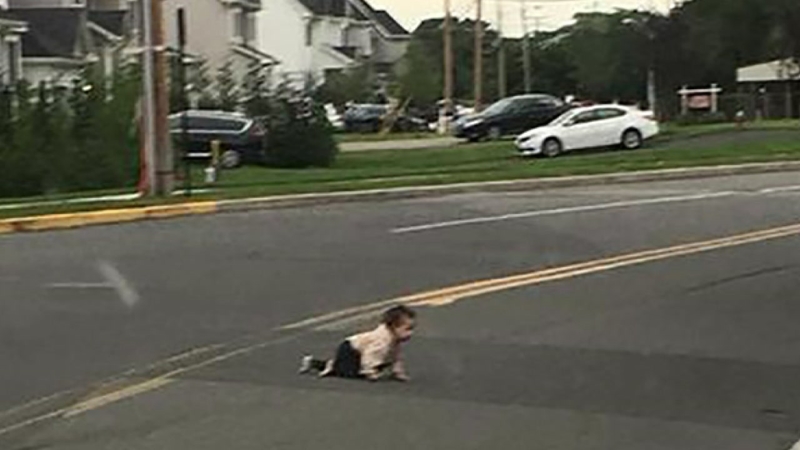 The child was unharmed after a neighbor and a passing motorist came to the child's aid just before 6 p.m.

The motorist, 41-year-old Cory Cannon, of Eatontown, told police he saw the child and initially thought it was a toy. But when he saw the child moving, he got out of his car to stop traffic.

Cannon was then approached by a nearby resident, who took the baby and returned him to his family.

Police confirm the above photo was taken by Cannon, and that it is now part of the investigation.

Authorities say further investigation revealed that the infant may have left the home through a door that was left unsecured by an older sibling.

The family of the child was unaware that he had left until the neighbor returned.