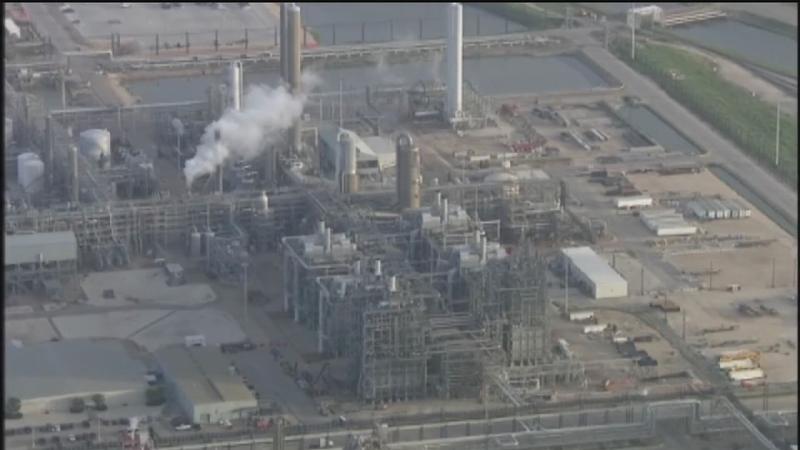 FREEPORT, TX (KTRK) -- Lots of people are upset at not being notified about a problem at a Dow Chemical plant in Freeport.

The company's plant in Freeport released Thursday morning trace amounts of hydrocarbons as a result of "a process upset." Nearby residents and employees were asked to stay indoors as a precaution, and Highway 332 between Highway 288 and Highway 523 was shut down for several hours.

ABC-13's Elissa Rivas shared this photo of the road closure near the Dow site: 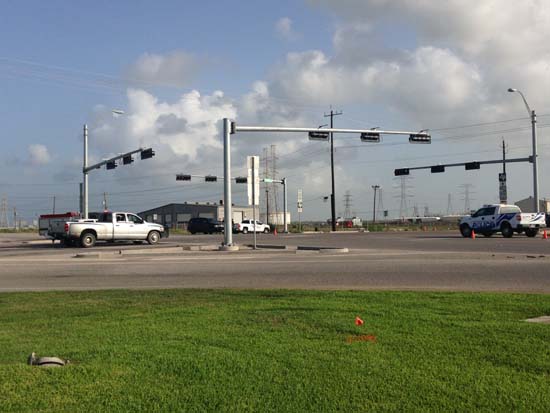 However, countless City of Freeport officials tell Eyewitness News Dow dropped the ball on this incident and they are angry.

After many communication issues with past incidents, the City of Freeport says they thought there was an emergency plan in place to let people know what is going on.

Dow plant employee Don Adams was supposed to go to work Thursday morning, but was told to go home.

Adams said, "We've had these things happen before, it's just part of the game."

But Adams also says he did not know about the chemical leak at Dow Chemical's Oyster Creek Plant.

"We're on a need-to-know basis and I guess they figure I don't need to know, so they keep me outside the loop," he said.

Turns out, somebody forgot to also tell the City of Freeport, where the Dow Plant is located and more than 12,000 people live. In fact, we were the ones who told them about the emergency.

"I learned this morning turning on Channel 13 news. Then, I called my fire chief, emergency management. We were not informed of it. It's very concerning," Freeport City Manager Jeff Pynes said.

Digging further into city records, we also discovered a letter from Freeport's Fire Chief; it was sent last year to several plants, including Dow. Part of it said, '...We believe there are significant deficiencies in the emergency response capabilities of this region.'

There is a system put in place to notify and respond in the event of a plant emergency. It is called CAER, it stands for Community Awareness and Emergency Response. However, CAER did not notify the City of Freeport on Thursday.

Back to that letter from last year, The Freeport Fire Chief called Brazosport Industrial CAER Line, '...quite certainly inadequate.'

Pynes also said, "We can't be left in the dark while we are trying to protect our community."

In response to our story, Dow released this statement:

"In the future, more direct efforts will be made for Dow officials to also contact Freeport City Management in order to provide up to date information."

Nobody was hurt during the chemical leak. Dow says there was no safety hazard to the community.
Related topics:
freeportchemical leak
Copyright © 2021 KTRK-TV. All Rights Reserved.
TOP STORIES
Father and 2 children critically injured in crash on Hardy Toll Road
Dense Fog Advisory, followed by near-record highs
Money in Lakewood Church wall may be tied to 2014 theft, HPD says
Parents of alleged MI school shooter arrested, authorities say
Pasadena PD searching for suspect who stole Boy Scout trailer
Family of Navy vet shot to death on N. Fwy searching for answers
Watch 'ShopLocalish: Holiday Deals and Steals' with Tory Johnson
Show More
First, it was catalytic converters, but thieves moving to this part
UH could turn national title picture upside-down if it beats Cincy
Mark Cuban buys entire Texas town, but what will he do with it?
How new TX law could impact topics educators can discuss in classroom
Omicron variant discovered in at least 7 US states
More TOP STORIES News