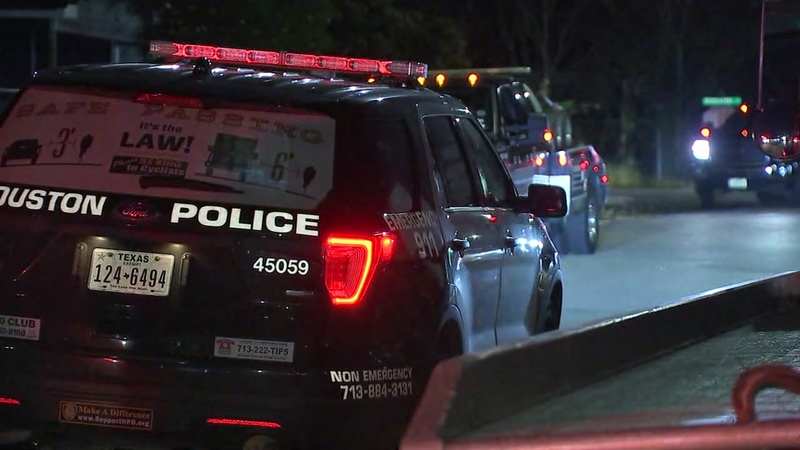 Young suspects arrested may be tied to crime ring

HOUSTON, Texas (KTRK) -- A case that started as a hit-and-run may have resulted in a break in a case of something much, much bigger.

The driver of a four-door Ford truck was standing in the driveway of a friend's house when a white Ford sideswiped the victim's truck. The victim then started following that white truck.

The white truck stopped a few blocks away and several masked men jumped out and started running toward the victim.

He and his wife thought they were about to be attacked, but instead the suspects ran to a black car following behind them and drove off.

The victim kept following behind and called Houston police.

The suspects jumped out of that black car near Paige and Harrisburg and ran off.

Houston police took all four of them into custody, and officers say those suspects might have been planning an ATM heist.

Sgt. M.A. Khan said, "The only thing with the F-250s is that they back into businesses with ATMs. Most likely they were about to take somebody's ATM."

HPD now has to figure out what those suspects may have been planning. The four people arrested are young. Police say one of them is a juvenile.