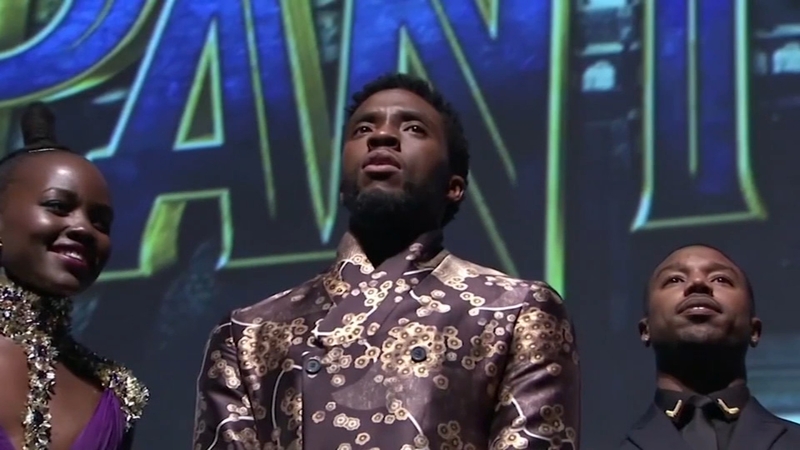 ANDERSON, South Carolina (KTRK) -- Residents in Chadwick Boseman's hometown of Anderson, South Carolina started a petition to replace a confederate monument with a statue in his honor.

Following the shocking death of Boseman, known as a Black Hollywood icon, a group titled Anderson Citizens said he was a hero worthy of recognition.

DeAndre Weaver is the person behind the petition. "I was excited when I went to Anderson, South Carolina to go to university, and learned that was Chadwick Boseman's hometown," he said.

"It was so inspiring to see him do his job so well, and to be rewarded and acknowledged," said Weaver. "More than his excellence on-screen, he was charitable in real life," he said. "He bought out a theatre in Anderson so there wasn't a financial barrier for kids to see Black Panther."

The petition is directly addressed to the mayor of Anderson, with clear demands. The group does not want the confederate monument to be destroyed but moved to The Anderson County Museum with an explanation of its history and reason for the location change.

"For me, a monument to Mr. Boseman will honor not only his legacy, but will allow people to have someone look upon them with justice. This would be a much more positive thing to be in the community."

Confederate statues in South Carolina are protected by a heritage act, and would require state authorization to remove. Weaver said he is working with city and county leaders to begin the process.

Support poured in from all across the country. On Sunday night, the petition had over 1K signatures.
Some commented with their reasoning, saying, "We need to memorialize people who contribute to society, not those who wanted to control and oppress it," and "Unlike the traitors belonging to the Confederacy, Chadwick has been inspirational to many, especially communities of color. The Confederate monument belongs in a museum that can provide the appropriate context."

"His film work was always about Black representation, and I think this statue is an overdue honor in his hometown, and even more so, it would be a symbol to the Black residents of Anderson and Black Americans that they matter. That they're worthy of having a space in history," he said.