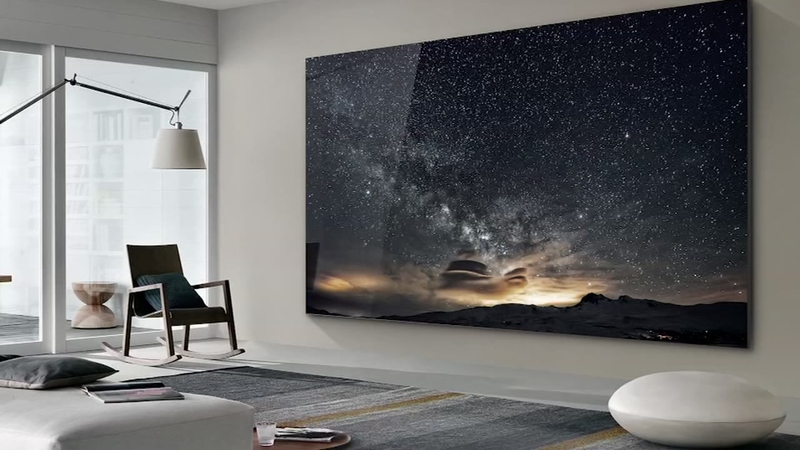 Measuring more than a whopping 18 feet, we can only imagine how much this big screen costs.

For those of you who think a screen like this is better suited to a stadium than a living room, a 75-inch modular version is also coming out.