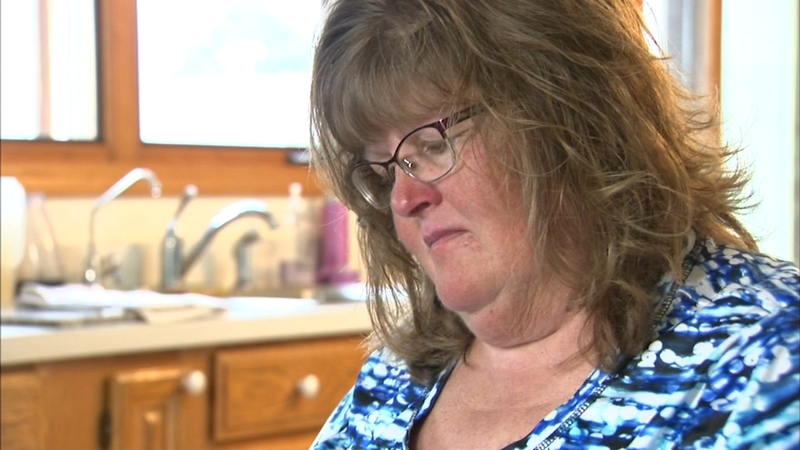 CHICAGO, Illinois -- Careers continue to be upended by the wildly popular cannabis extract known as CBD.

Products infused with hemp are legal, but largely unregulated and may be hazardous to your occupational health.

Since first reporting on this issue last spring, the ABC7 I-Team has uncovered more devastated workers who lost their jobs after they claimed their drug screens were tripped up by CBD.

A west suburban bus driver decided to go public with her ordeal in hopes of sparing someone else the pain she's now experiencing.

Missy Barton drove a school bus for District 301 in Kane County for 13 years.

"Next to being a wife and mom, it was the next best job I could have," Barton said.

But that job came to an abrupt end in June 2018 after she flunked her company drug test, a screening she had scheduled as part of her mandated bus license renewal.

Barton said she doesn't drink or smoke, and she has never used illegal drugs. But she had taken hemp oil capsules for back pain relief.

She suspects that those capsules left trace amounts of THC in her system.

Barton was stunned by the test results and still has trouble believing the over-the-counter product could have caused the positive reading.

Many pharmacology experts aren't surprised some people are failing drug screenings after using certain CBD products because THC can build up in your system.

The compound is found in both cannabis plants: hemp and marijuana.

CBD taken from hemp should have 0.3% or less of THC, the psychoactive chemical that causes a mind-altering effect.

THC is among the drugs screened for by some companies. It's not permitted for certain employees, including those who drive big rigs and school buses.

Drug screenings don't reveal what product you used, only that you have signs of THC in your system.

The Illinois Secretary of State told the I-Team that it would not back off its zero tolerance policy. The office enforces federal guidelines and state laws for most truckers and bus drivers.

It's a heavily regulated industry and Illinois goes a step further, requiring annual permit renewals for school bus drivers that include drug screens.

Here's what you need to know about CBD, a compound that's being advertised in a growing number of consumer products.

Kevin Duesterhaus, who's head of the Commercial Driver's Program for the Illinois Secretary of State, said the office wants to keep its zero tolerance policy intact.

"We really do because that is precious cargo we are hauling, kids back and forth to school," Duesterhaus said.

Duesterhaus also said despite the legalization of recreational marijuana and the proliferation of CBD products, concerns of impairment in these safety sensitive jobs remain and there are no plans to loosen current regulations.

State data provided to the I-Team shows only a handful of bus drivers appeal their suspensions each year. Of those that do, very few are reinstated.

The office's representatives also said they had not heard of the CBD and THC dilemma until the I-Team brought it to their attention.

They said Barton's case is the only one on record so far.

Barton said she understands the need to keep children safe. But she also wants the state to know that there are cases like hers out there, and there may be others who lost their license but decided not to fight the suspension.

Barton said the CBD was actually helping with her aches and pain, but she'll never take it again after losing her permit.

To keep track of her case, Barton created a binder that's full of letters of support from her employers, neighbors and children.

Barton's daughter, Elizabeth, read part of the letter she helped present to the Department of Administrative Hearings, which conducts hearings for drivers seeking reinstatement of a license that's been suspended or revoked.

Elizabeth said, "When we found out that day, we kind of laughed. Like my dad did. This is so unlike her. Like we are the most innocent and naive family that I can think of. My mom would never do anything like that."

She also said, "It would be a shame for our mom not to be reinstated as a bus driver because families are missing out on having the safest and kindest bus driver to drive their kids."

The hemp oil company also told state hearing members that the product should not have caused Barton to test positive for THC. The company said their product contains no more than 0.2% THC per pill.

In its decision not to reinstate Barton's bus driving permit, the state's hearing officer wrote that "any drug containing THC cannot be used as a legitimate medical explanation, even if it can be proven to be the cause of the positive test results."

Barton will not be able to reapply for a permit until 2021.
Report a correction or typo
Related topics:
health & fitnessillinoismarijuanahealthschool busbus driveri teamu.s. & world
Copyright © 2022 WLS-TV. All Rights Reserved.
I-TEAM
More than $10M of PPE left in the rain in CA county
'El Chapo' Guzman's wife sentenced to US prison
Zelle scams rising: How to avoid losing thousands of dollars
Chicago's Legacy Walk highlights those who fought for LGBTQ+ equality
TOP STORIES
51-year-old on the run as suspect in corporal's ambush killing
Sergeant was to walk daughter down aisle until his hit-and-run death
Mom shares story of son's 'scary' battle with COVID complications
H-E-B's Scott McClelland retirement and what's next
Drying out but staying cool this week
LULAC set to sue Houston City Council for lack of Hispanic members
New security director aims to improve safety for Jewish organizations
Show More
IRS changes you should know before submitting taxes
Cause of death revealed for 23-year-old woman found dead after date
Texas among states suing Google over claim it's misleading consumers
Man accused of stabbing K-9 in The Heights now charged
'We knew something big exploded': ABC13 recalls moment of Watson blast
More TOP STORIES News