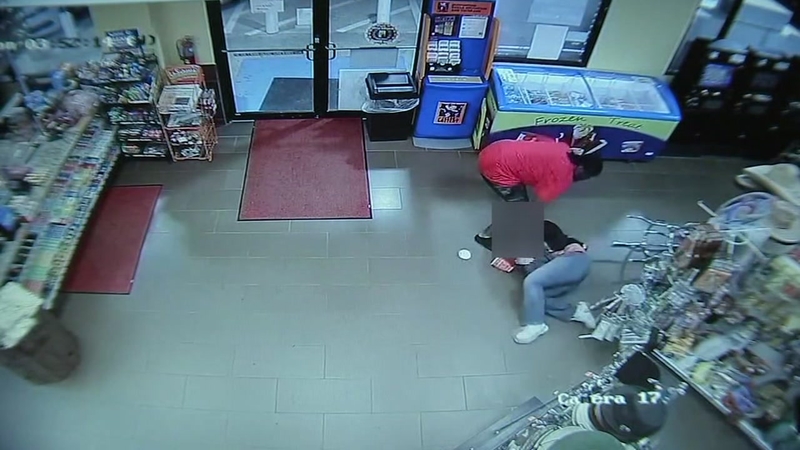 ARCOLA, Texas (KTRK) -- The man suspected in a violent attack on a woman inside a Fort Bend County gas station has been arrested.

Arcola's police chief confirmed to Eyewitness News that man was taken into custody after ABC13's report on the attack Thursday morning.

The video shows the robbery, which took just six seconds.

In it, you see the man try to grab the purse from the woman's arms.

She fights back, even after being dragged on the floor.

Since the incident, officers plan to spend more time patrolling the local convenience stores after sunset.

RELATED: Woman robbed and violently dragged for $400 in Arcola

Police search for man who dragged woman to try and steal her purse.