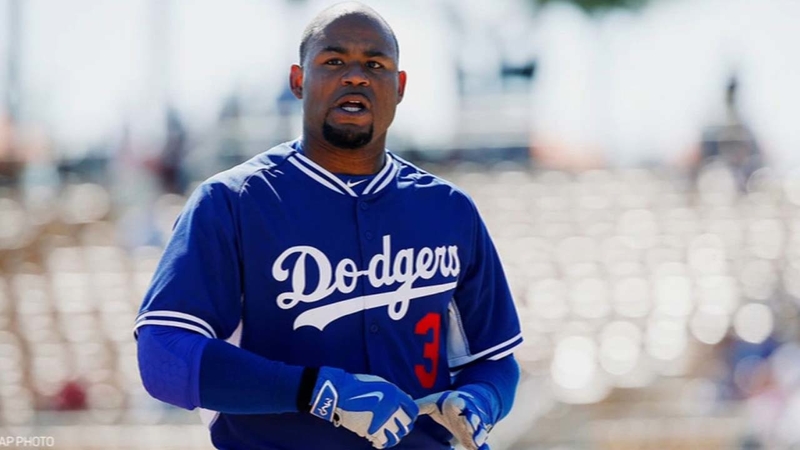 HOUSTON, Texas (KTRK) -- Former Los Angeles Dodgers star and Houston native Carl Crawford has been arrested after his ex-girlfriend says he held her at gunpoint in front of their 1-year-old during an argument on May 8.

According to court documents, Crawford and the victim were together for two and a half years before separating in February. Last month, Crawford reached out to reconnect with the victim, when things quickly turned violent.

When the former MLB All-Star arrived at her Houston home, she says he took out everything from his pockets, including a semi-automatic handgun.

Documents say Crawford removed the clip and ejected a round before walking towards the victim, yelling obscenities while accusing her of seeing another man.

Crawford is also accused of slamming the woman's head against a wall and choking her until she was about to pass out during an argument.

When HPD arrived, they reported seeing discoloration in her neck.

The couple's 1-year-old daughter saw the incident unfold. When Crawford began to walk towards the baby, the victim says she ran to the leasing office for help.

This allegedly happened before a separate incident at Crawford's Houston home, where a 5-year-old boy and a woman drowned while in his backyard pool.

Police said 5-year-old Kasen Hersi was swimming in the pool when he began to have trouble breathing, and the woman, later identified as Bethany Lartigue, jumped in to save him. Both were unresponsive when police arrived and later declared dead at a hospital, police said.

Crawford, 38, was a four-time All-Star outfielder who last played in the major leagues in 2016 with the Dodgers. He was a high school star set to attend Nebraska for football. He instead chose baseball and played for Tampa Bay, Boston and the Dodgers.

Known for his speed, Crawford was a Gold Glove outfielder who led the American League four times in stolen bases and four times in triples.

Crawford is also the CEO of 1501 Entertainment, the record label that signed Houston native and rapper Megan Thee Stallion.