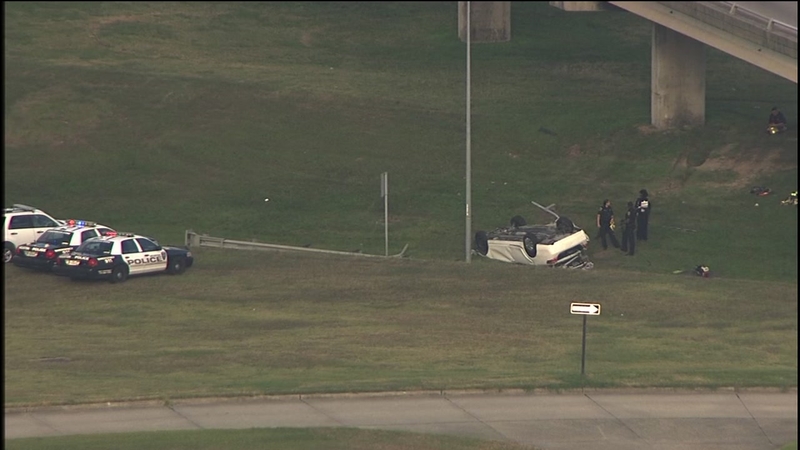 Views from SkyEye13 show an overturned car that apparently crashed off an exit ramp at 18350 JFK Blvd. at Will Clayton Parkway.

The guardrail above the crash scene appears to show some damage from a crash.

Due to major accident at @iah JFK Blvd. southbound at Will Clayton Pkwy, JFK southbound currently closed and traffic rerouted to Will Clayton. If coming to @iah please adjust your plans accordingly.

We do not know what led up to the crash.

The southbound lanes of JFK Boulevard have been shut down and traffic is being rerouted to Will Clayton.

The Houston Airport System says traffic leaving Terminals A and B at the airport will be detoured through the central cargo area.