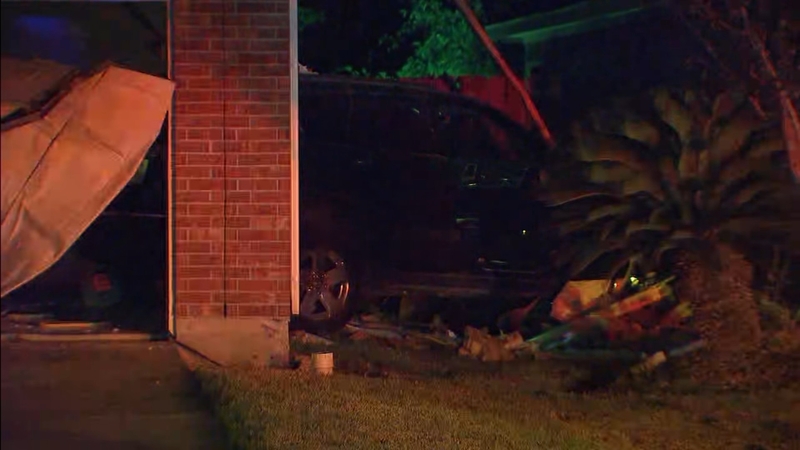 HOUSTON, Texas (KTRK) -- Deputies are investigating after a car crashed into two homes in a northwest Harris County neighborhood.

Authorities were called to two homes on Lori Brook Lane after a vehicle smashed into the homes.

1-@HCSOTexas units responded to 11111 Lori Brook Ln (near 290). A car struck two separate homes. The driver apparently lost control of the car, went off the roadway, struck the homes and a gas line. Driver fled the scene. No one inside the homes was injured. #HouNews pic.twitter.com/5GlkYgNjDx

Harris County Sheriff's Office tweeted that the driver apparently lost control and hit the homes and a gas lane. A CenterPoint Energy crew arrived on the scene to shut the gas off.