Woman knocked off couch by car that crashed into her apartment 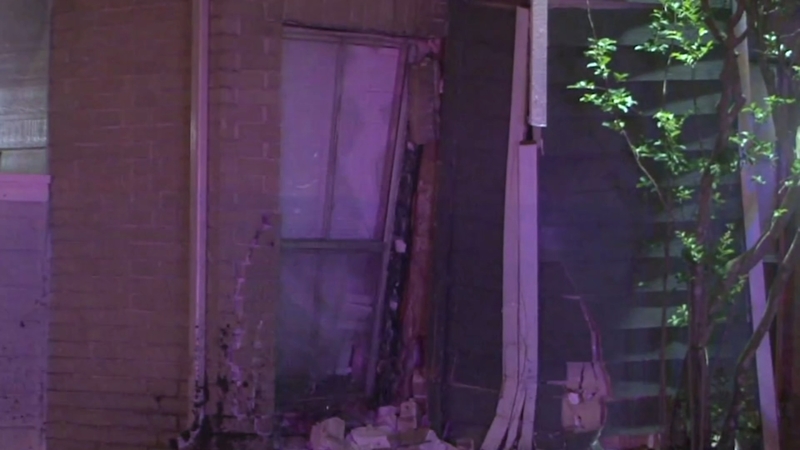 HOUSTON, Texas (KTRK) -- A car plowed into a northwest Houston apartment early Saturday, knocking a woman off her couch.

It happened around 2 a.m. in the 8700 block of Hammerly Boulevard near Hollister Road.

A man driving on Hammerly lost control of his vehicle, left the roadway and crashed through a metal fence before plowing into the apartment building, police said.

The impact of the crash threw the woman to the floor as she was watching television, investigators said.

The woman was treated for a knee injury by Houston fire crews.