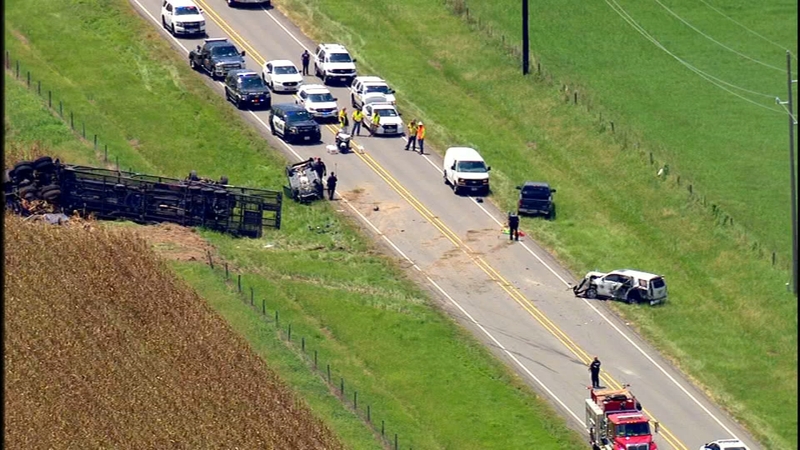 HOCKLEY, Texas (KTRK) -- A truck driver died when the car transport went off the road and flipped, spilling vehicles into the ditch.

The accident happened Monday afternoon north of Hockley, on FM 2920 near Hegar Road.

Harris County Sheriff Ed Gonzalez said the commercial truck was hauling five cars at the time. The driver veered to the left, striking an SUV and going off the roadway.

Three of the vehicles on the car mover shifted, causing the truck to land on its side. The front cab also rolled.

The truck driver died at the scene.

Update from FM 2920: the commercial truck was a car mover hauling 5 cars. The driver veered left, striking an SUV and going off the roadway. 3 cars atop the car mover flipped, causing the truck to land on its side. The front cab rolled also & its driver was pronounced deceased. pic.twitter.com/sCWUorrnr0