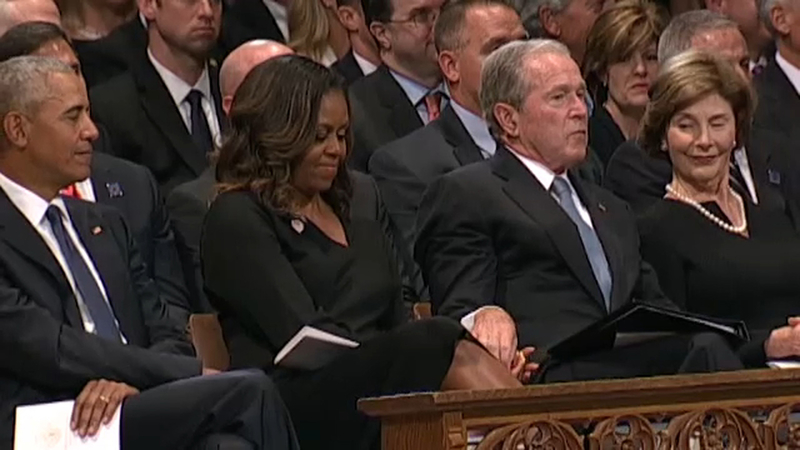 WASHINGTON, D.C. -- It was a friendly act of bipartisanship that had the internet buzzing on Saturday.

Bush originally takes the candy from former first lady Laura Bush, and then passes it to Obama.

During former president Barack Obama's speech, Mrs. Obama and Bush turned to each other, smiled and nodded.