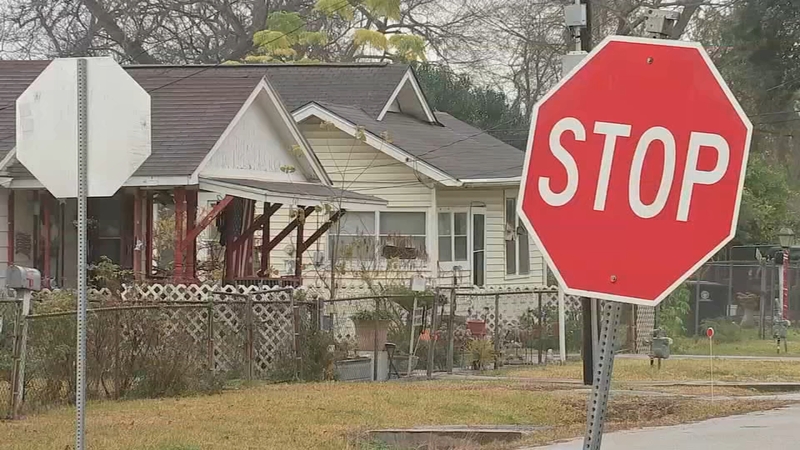 HOUSTON, Texas (KTRK) -- For more than a year, ABC13 has been following the plight of people in Houston's Fifth Ward and Kashmere Gardens neighborhood.

A 2019 state report showed the city's first cancer cluster that many believe is due to creosote contamination from a nearby railyard.


This week, the state came back with another report, saying they found higher than normal leukemia rates in children.

One of the area's residents, Diane Cormier, is all too familiar with obituaries and death.

Cormier is not alone. She and dozens of her Kashmere Gardens neighbors have been saying for decades that creosote from a Union Pacific railyard is causing them to get sick.

"Hear my plea," said resident Sandra Edwards. "That's all I'm asking. Hear our plea out here. We're dying. They are dying. The kids are not even having a chance at life because of this and that's not fair to us."

Thirteen months ago, the state confirmed that this area had a higher than normal adult cancer rate. Now the same has been found to be true for childhood cancers. A new report from the Texas Department of State Health services took a look at 21 census tracts within a two mile radius of the railyard in Fifth Ward. In one tract, environmentalists found six observed acute lymphoblastic leukemia cases were significantly higher than expected. The standard incidence ratio is 4.74 - when only 1.3 cases were expected.


Dr. David Persse of the Houston Health Department said, "You can't fix this problem overnight, so we need to think of alternatives. How to protect the people. They deserve a safe place to live."

Houston Mayor Sylvester Turner agrees. In a statement, he wrote, in part:

"I am requesting that Union Pacific help to relocate affected residents and create a buffer between contaminated areas and homes in the neighborhood. The EPA and TCEQ must declare the area a Super Fund site."

ABC13 reached out to Union Pacific, and they said: "We sympathize with families who have loved ones undergoing medical treatment. Union Pacific continues to follow the science as we evaluate the updated assessments. At this point, decades of testing show no exposure pathway from Union Pacific's site to any resident. We've consistently met with many stakeholders and are planning meetings with more in the future."

At this point, Cormier says the only thing they will accept is action.