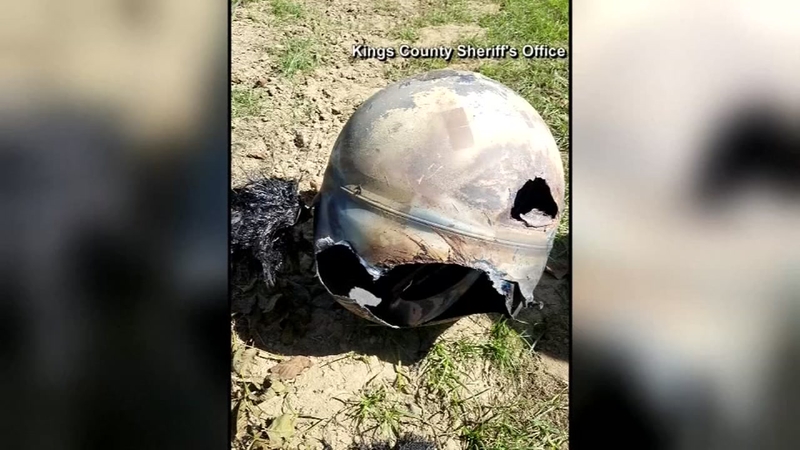 Kings County Sheriff's Office Commander Mark Bevins replied to the phone call hesitantly telling KGPE, "We were a little reluctant at the beginning to issue a press release saying that it actually came from outer space for fear it could have been a hoax."

The detective unit called Vandenberg Air Force Base and confirmed that it was a fuel tank from a communications satellite.

The satellite was re-entering Earth's atmosphere and had been in orbit for over a decade.

For the Kings County Sheriff's Office, this was the most unusual case they had ever solved.

"It was exciting, it was something different for us," says Bevins.

Ringwald says most spacecraft landings are controlled and usually land in the Pacific Ocean.