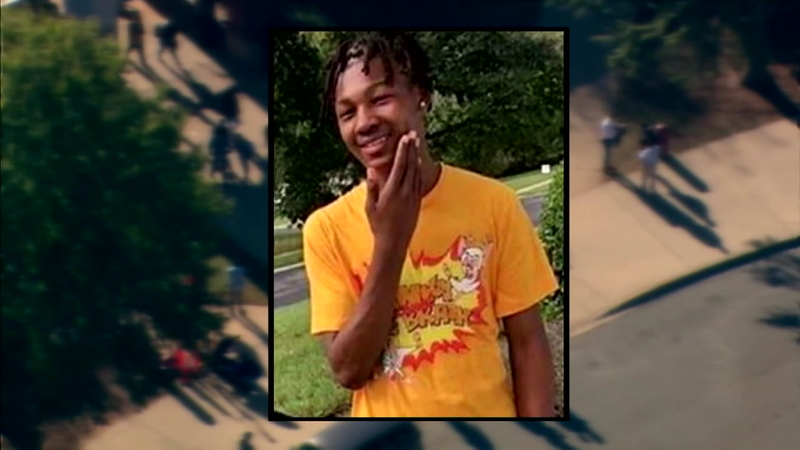 MATTHEWS, North Carolina -- A North Carolina high school student shot and killed a fellow student during a fight in a crowded school hallway Monday, officials said, calling the incident a case of bullying that "escalated out of control" which had students scurrying to escape and parents rushing to campus to check on their children.

The student accused of firing the fatal shot was arrested quickly as investigators secured the campus at Butler High School in Matthews.

Matthews Police Department Capt. Stason Tyrrell identified the suspect at a news conference as Jatwan Craig Cuffie, a 16-year-old ninth-grader. He is charged as an adult with first-degree murder and is being held in the Mecklenburg County jail. Online records don't indicate whether he has an attorney who could comment.

Tyrrell identified the victim as Bobby McKeithen, 16, a 10th-grader at Butler.

Students remained inside with the school on lockdown for about two hours after the shooting.

According to Tyrrell, a school resource officer was in the school cafeteria at 7:14 a.m. when he and security officers heard a commotion and encountered students running in an adjacent hallway. Tyrrell said the resource officer encountered the victim, tried to give aid and called for a school lockdown.

Within five minutes, a teacher notified school officials that she was with the student who committed the shooting, Tyrrell said, adding that the teacher said the student admitted to the shooting and was ready to surrender.

Charlotte-Mecklenburg Schools Superintendent Clayton Wilcox said the shooting appears to have stemmed from a case of bullying "that escalated out of control." Neither Wilcox nor Tyrrell said which student was being bullied. Tyrrell said several people apparently knew there would be an altercation at the school, but police had no information on it prior to the incident.

"Someone asked me how could someone, especially a student, come onto one of our campuses with a loaded gun, and I wish I had an answer to that," Wilcox said. "There really is no easy answer. We do not have metal detectors in our schools. We do not search our students on the way into school. Our schools and students rely on cooperation between and among each other. And today, that simply wasn't enough."

Wilcox said that many students witnessed the shooting, and counselors and psychologists were available.

"There were many kids in the hallway when this happened," he said.

"We're incredibly saddened by the fact that we had a loss of life on one of our campuses today. What makes it doubly difficult is that it was one of our students who was the shooter," he said. While police have not confirmed what kind of gun was used, Wilcox said: "I don't know how a young person gets a handgun in the state of North Carolina." He said the system was reviewing its security procedures.

High school student Jorge Sanchez told WSOC-TV in Charlotte that the shooting happened as the result of an argument that escalated. He said the victim, a friend of his, was shot in the back as he walked away.

"I saw the gun and I had to run," Sanchez said, adding that the gunshot sent students scurrying through the halls.

"This is really sad to see someone go that ... has been your friend, for I don't know how many years," Sanchez said.

By late morning, school officials said that the lockdown was lifted and families could pick up students at the main entrance. Classes were proceeding for students who remained on campus. The diverse student body of about 2,000 at the school in North Carolina's most populous county is about one-third white, one-third African-American and one-quarter Hispanic.

Before the lockdown was lifted, dozens of parents gathered outside of the school to await word on the students. Multiple parents told local television channels that they felt confused and unsure about where to meet with their children.