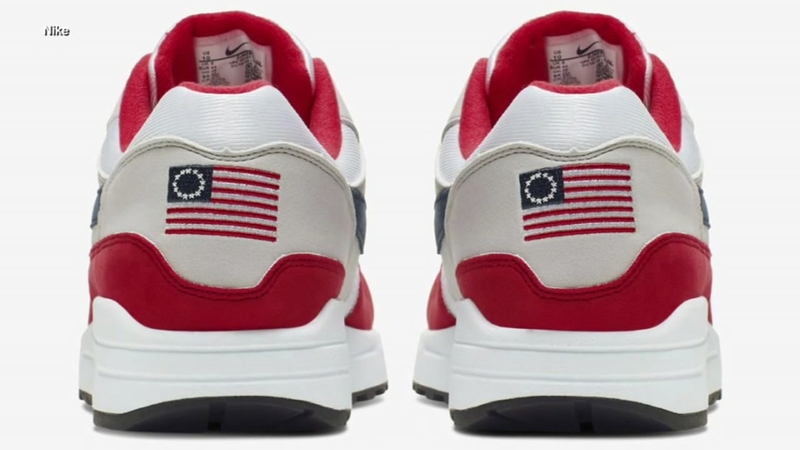 The Wall Street Journal reports the launch of the Air Max 1 USA sneakers, meant for Monday, was canceled after Kaepernick, one of the brand's most recognizable and controversial faces, intervened.

He reportedly told execs the design, featuring the U.S. flag with 13 white stars in a circle on the heel, was considered offensive to some "because of its connection to an era of slavery."

"After shipping the shoes to retailers, Nike asked for them to be returned without explaining why," people familiar with the matter told the Journal.

The cancellation sparked backlash from conservative critics of Nike and Kaepernick, including Senator Ted Cruz, who tweeted, "It's a good thing @nike only want to sell sneakers to people who hate the American flag?"

It’s a good thing @Nike only wants to sell sneakers to people who hate the American flag.... @NFL #HappyFourth https://t.co/G6w8vDjvLP

"Nike has chosen not to release the Air Max 1 Quick Strike Fourth of July as it featured the old version of the American flag," a Nike spokeswoman told the Journal.

Though Nike has asked for a recall, some of the Air Max 1 USA sneakers have reached consumers.