KABC
By Rob Hayes and ABC7.com staff
GLENDALE, Caliornia -- A campaign on Twitter is gaining steam to boycott In-N-Out, after the fast food chain donated to the California Republican Party. Public filings show the company gave $25,000 to the GOP on Tuesday.

Journalist Gabriel Schneider dug through California Republican Party donors and found the donation. After tweeting the news, his post took off.

The tweet caught the eye of California Democratic Party Leader Eric Bauman, who then called for an In-N-Out boycott.

Not long afterward, some users began to protest, using the hashtag #BoycottInNOut.

One person tweeted, "Tens of thousands of dollars donated to the California Republican Party... it's time to Boycott In N Out - let Trump and his cronies support these creeps... perhaps animal style!"

Another user said, "I've enjoyed the convenience of the drive-thru 3 miles from my house, but no way do they get my money now."

Not all In-N-Out fans are on board with the boycott, though. One person tweeted, "Sorry I will never #BoycottInNOut I dont (sic) care who they donate to."

Loyola Law School professor Jessica Levinson said political donations by businesses are less about specific issues and more about covering all the bases.

The executive vice president of the beloved burger chain provided the following statement to Eyewitness News, emphasizing that the company made equal donations to both Democratic and Republican Political Action Committees in California in 2018:

In 2018, In-N-Out Burger has made equal contributions to both Democratic and Republican Political Action Committees in the State of California. For years, In-N-Out Burger has supported lawmakers who, regardless of political affiliation, promote policies that strengthen California and allow us to continue operating with the values of providing strong pay and great benefits for our Associates.

It is actually far more important to In-N-Out and our Foundations to support our communities by contributing millions of dollars to hundreds of organizations in California to prevent child abuse, human trafficking and substance addiction.

We have been fortunate to do business in this great state for almost 70 years. While it is unfortunate that our contributions to support both political parties in California has caused concern with some groups, we believe that bipartisan support is a fair and consistent approach that best serves the interests of our company and all of our Customers.

"We tend to see each other as not just people who have policy differences, but as the enemy, and I cannot support the enemy in any way," Levinson explained.

Still many customers who spoke to Eyewitness News on Thursday said they won't stop eating at In-N-Out.

"You should be able to support whoever you want to support, it's a free country -- that's where we live, so I'm OK with that," said Eagle Rock resident Gina Villanueva.

Here's a look at some of the tweets from those for and against the boycott:

Sorry I will never #BoycottInNOut I dont care who they donate to. Chick Fill A sucks so I dont care but I wont go along with this one.

Of course they like the CA GOP, they proselytize on all their food with hidden bible versus. I can live with that. https://t.co/gycCs12Xlf

People should #BoycottInNOut because it's overrated, not because it supports Republicans, which it has since, oh, forever.

Yes. Everyone please #BoycottInNOut. You know, that company that has had bible verses printed on its paper products literally forever. Lets do it around lunch time, preferably. Right when I plan on getting there to order a Double Double. With extra onions and spread, obviously.

#BoycottInNOut
I have spent thousands on In N Out in the past few years, but no longer. How Christians can vote for the GOP is either idiotic or hypocritical. Which one is it @innoutburger ?

Plus most of your business is from California. Really bone headed move

People should #BoycottInNOut because it's overrated, not because it supports Republicans, which it has since, oh, forever.

Go #InNOut !!! It’s impossible to #BoycottInNOut , it’s a life necessity! Liberals are making In N Out rich! Thank you! pic.twitter.com/Gx9D2fpcCs

Thanks for making my decision where to eat easier!!! I will never support another burger from In N Out #BoycottInNOut

I think I’ll have to fly to California just to buy a few now. Can you really blame them for donating to the party that is pro business and pro tax cuts? #BoycottInNOut

#BoycottInNOut because they donated $25,000 to the GOP

Would you like some racism and hate with your burger? #BoycottInNOut

How DARE people have opposing political views to myself!? If that ever happens, then you are a racist! #BoycottInNOut

Let also boycott Democrat leaning businesses whose idiots support #BoycottInNOut. Lets boycott everything. Maybe these fools below will go away 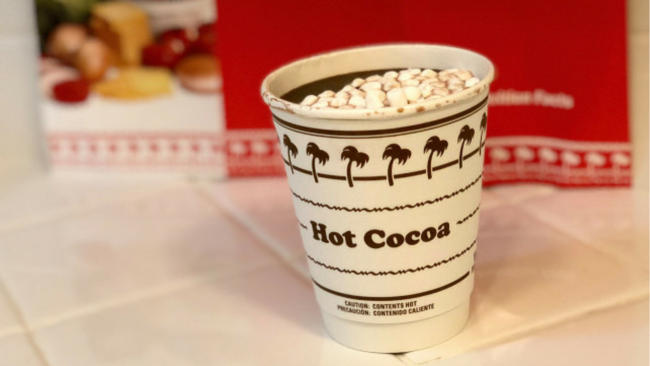 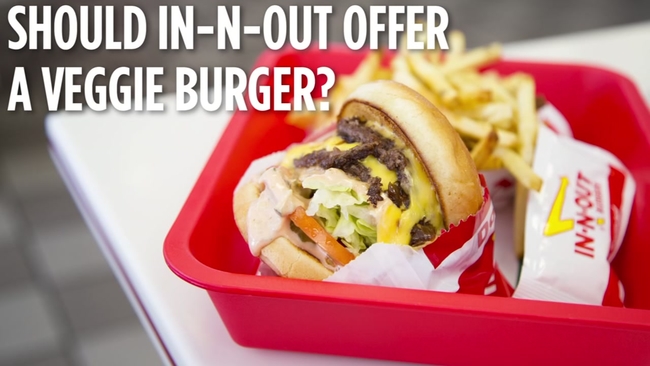