Got $1,100? Cupertino company shows off most expensive iPhone yet plus Apple Watch that monitors heart function

KGO
By David Louie
CUPERTINO, Calif. -- Apple unveiled three new iPhones on Wednesday, including its biggest and most expensive model yet, as the company seeks to widen the product's appeal amid slowing sales.

It seems as though everyone has a smartphone, but it's estimated about 300 million iPhones are at least 3 years old and due for an upgrade.

CEO Tim Cook's job Wednesday was to excite customers about advances in its operating system and its newest iPhones. The company invited reporters and analysts to its Apple Park headquarters in Cupertino, Calif. to see what's new.

"This is astonishing," said Cook on stage at the Steve Jobs Theatre. "IOS has changed the way we live, from the way we learn, to the way we work."


Three new iPhones are coming out this month and next.

Apple XS has a bigger screen than the one on last year's dramatically designed model, the iPhone X. It'll cost about $1,000. A bigger version will be called the iPhone XS Max, which looks to be about the size of the iPhone 8 Plus, though the screen size is much larger. This one will cost almost $1,100, topping last year's iPhone X, which at $1,000 seemed jaw-dropping at the time.

"For the dedicated Apple fans who love the latest and greatest from Apple, they'll be more than happy to pay that price," said analyst Bob O'Donnell, president of Technalysis in Foster City.

From the Apple I to the iMac to the Apple Watch, here is a look at Apple's history.

This even-bigger iPhone, which will be available on Sept. 21 - with orders open the week before - represents Apple's attempt to feed consumers' appetite for increasingly larger screens as they rely on smartphones to watch and record video, as well as take photos wherever they are.

The iPhone X also got rid of the home button to make room for more screen and introduced facial-recognition technology to unlock the device.

By making more expensive iPhones, Apple has been able to boost its profits despite waning demand as people upgrade phones less frequently. IPhones fetched an average price of $724 during the April-June period, a nearly 20 percent increase from a year earlier.

Apple also showed off a cheaper iPhone, called the iPhone XR. It has a traditional, lower-quality screen and an aluminum body; it's physically smaller than the iPhone 8 Plus but has a bigger screen. It'll cost roughly $750 and come out on October 26. Apple also said that its next major update to its iOS operating system will come next Tuesday, followed a week later by a Mac software update.

Worldwide smartphone sales grew just 2 percent during the second quarter of 2018, according to the research firm Gartner Inc. During that period, which is typically slow for Apple, China's Huawei Technologies surpassed Apple as the second-largest seller of smartphones based on Gartner's calculations. Samsung remained in the lead.

For considerably less, $499, the new Apple Watch Series 4 is a trailblazer. It has embedded sensors that can perform electrocardiograms, detect irregular heartbeats and even call for help if someone is incapacitated by a fall. Apple Watch has gone from a fitness device to a health monitor, winning approval by the FDA and a major medical association.

"The fact that the American Heart Association is behind it and their President was here to back it says a lot about how important this watch is to heart health," said Tim Bajarin, president of Creative Strategies in San Jose.

These features will be available to U.S. customers later this year, but Apple did not say when it would make it to the rest of the world.

In addition, Apple says the Series 4 Apple Watch will also be able to detect when someone falls - and can tell the difference between a trip and a fall. If it detects a fall and the user doesn't respond in a minute, it'll automatically call for help. This feature may be especially attractive to older people or those with elderly parents worried about falling when no one is around to help.

CEO Tim Cook is already a rock star among Apple fans. But the real test is getting people to upgrade and revitalize slowing sales.

Apple has received approval by FDA for its heart rhythm monitoring for Apple Watch Series 4. Apple says data collected is private and encrypted in the cloud. 18-hour all day battery life. #abc7now pic.twitter.com/j2n1zZFBzE

Series 4 Apple Watch will capture heart readings in real time for sharing with cardiologists and other medical professionals. #abc7now pic.twitter.com/mkzMYuWRKp

Apple Watch is first up at #AppleEvent. #1 watch in the world, Cook says. Redefined what a watch can do. Intro’ing Series 4 Watch. New larger display (30% larger), thinner case. Customizable face to feature health or travel or sports motifs. #abc7now pic.twitter.com/oBwRlXShQ4

Apple Stores attracting 5 million visitors a year. Tim Cook starting out saying it’s about to ship its 2 billionth iOS device. iPhones have changed how we communicate, keep in touch & capture events in our lives. #abc7now pic.twitter.com/dNiEMQHLHy

The #AppleEvent has begun. @tim_cook has taken the stage. #abc7now pic.twitter.com/G9PF43js2e 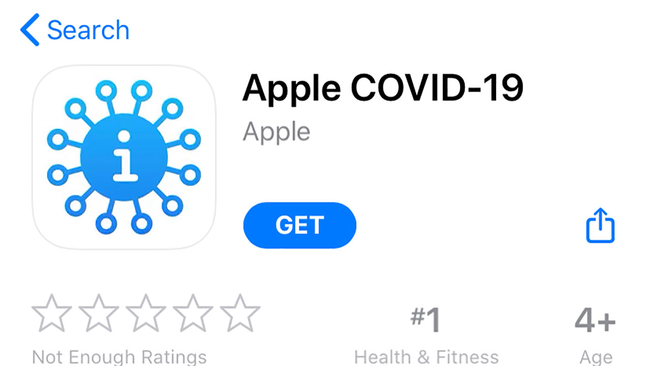 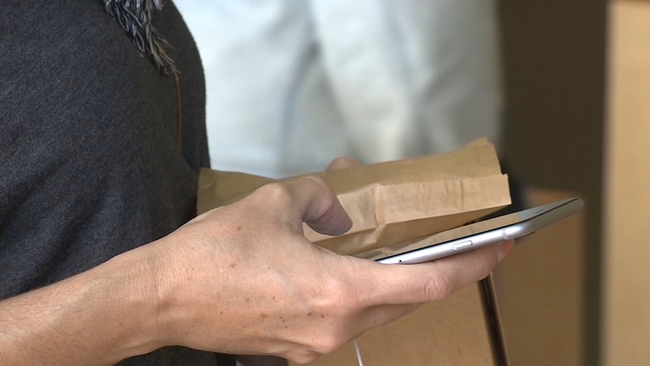 Apple closes all stores outside of China in response to coronavirus 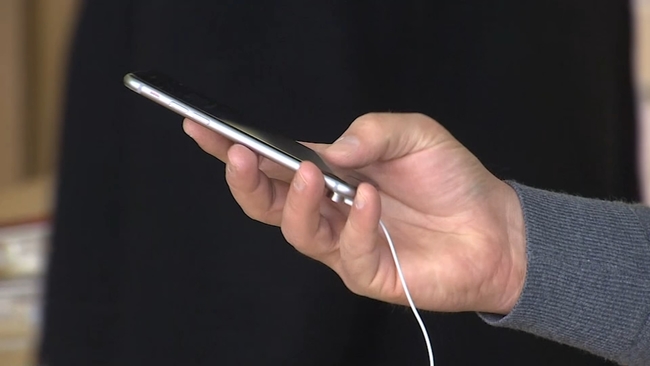 Clorox wipes now OK to use on iPhones