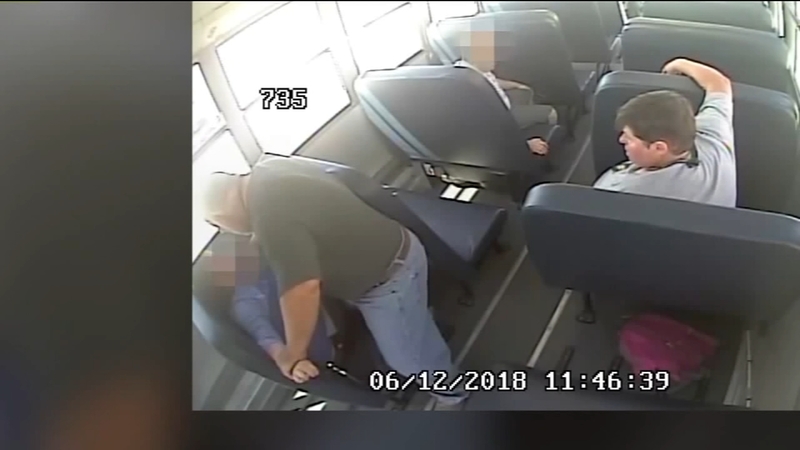 SARATOGA SPRINGS, Utah -- Surveillance video appears to show a bus driver yelling and getting physical with a 16-year-old student with autism.

Aaron Kinikini, the Legal Director of the Disability Law Center, shared the surveillance video from the school bus on Friday.

Gary Bertagnole is the former Alpine School District bus driver shown in the video, Kinikini said. He was fired shortly after the incidents were brought to the attention of school officials, Kinikini said.

Police investigated the claims against Bertagnole in 2018, but no criminal charges were filed.

"When this case was brought to our police department's attention, the parents of the child requested that no charges be filed. They informed our officers that they felt the Alpine School District's actions were sufficient," Saratoga Springs City spokesman David Johnson said.

In the fall of 2018, the family of the teen retained legal counsel with the non-profit Disability Law Center. That's when the lawyers filed administrative complaints to the Utah State Board of Education. After months of investigating, the board of education found no violations of the law to be found, Kinikini said. Now, the family has filed a civil rights complaint lawsuit against several parties including the Utah State Board of Education, Bertagnole and the Alpine School District.

"A grown man shouldn't beat a child on a school bus. The bigger system issues are: Why did this bus driver have zero training on how to deal with people with disabilities and this specific child," Kinikini said.

The family of the teen is hoping for changes and leaders at the non-profit Disability Law Center are hoping to bring change as well, Kinikini said.

The video is misleading, Bertagnole argued in an interview with KSTU.

"They're portraying it as bus driver abuse and it's (expletive)," Bertagnole said. "If anything, it was abuse on the girl's part. I had no idea what the hell was going on with this girl. She just come off for no reason. She came unglued. Those children become professional manipulators, and you have to correct them. When they receive correction, they usually appreciate it when they understand and they do understand a hell of a lot more then we give them credit for."
Report a correction or typo
Related topics:
utahautismbus driveru.s. & world
TOP STORIES
Husband called 911 after stabbing wife to death in Katy, deputies say
IRS conducting criminal investigation in Uptown Houston
Northbound I-45 blocked before FM-518 in League City
Wanted suspect shot and killed by Pasadena police during foot chase
Here's how many inches of rain you could get over the next 7 days
Police arrest man charged in robbery and kidnapping caught on video
United cancels couple's flight, charges $4K more for same seats
Show More
Trump pays $110K fine, but must submit paperwork to end contempt
From Disney+ to Hulu and ABC13, here's what to binge
Chase suspect in stolen SUV crashes into innocent driver: Officials
1 killed when pick-up hits dump truck and catches fire
Teen shot in gunbattle between 2 groups in west Harris County
More TOP STORIES News