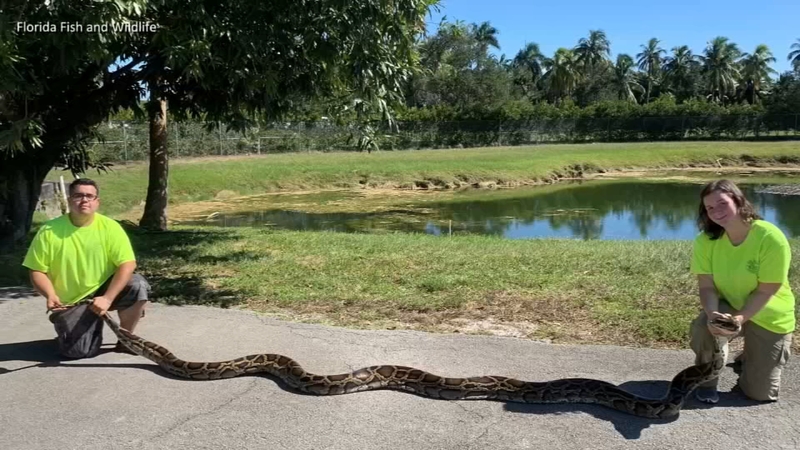 OCHOPEE, Fla. -- An 18-foot python is now the second largest python ever caught in the wild in Florida.

It also happens to be the largest snake ever captured by the PAT team.

"Capturing large adult females is critical because it prevents them from potentially adding an average of 30 to 60 hatchlings to the population each time they breed," FWC officials said in a press release.

FWC has now removed 900 Burmese pythons from the wild in Florida.

Burmese pythons became established in Florida as a result of escaped or released pets.