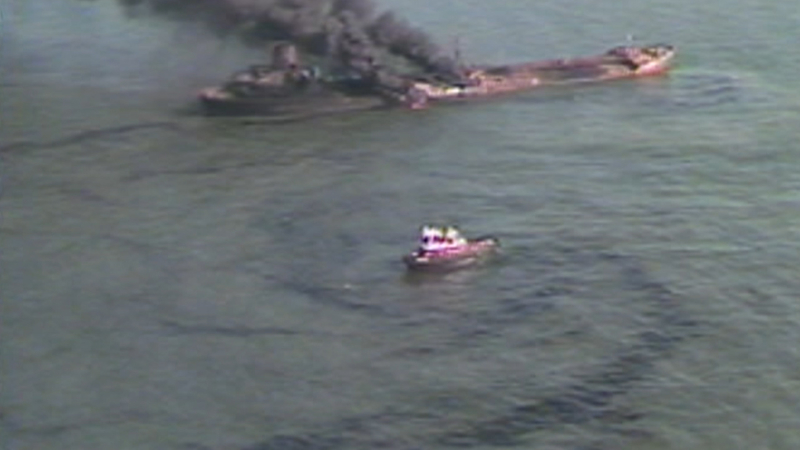 GALVESTON, Texas (KTRK) -- Galveston beaches were covered in oil after a deadly ship collision and fire in the Gulf of Mexico in 1979.

On Nov. 1, the oil tanker, Burmah Agate, carrying 400,000 barrels of oil was struck by the freighter Mimosa outside Galveston Bay.

The Burmah Agate exploded in flames, killing 33 of the crew. No one was injured on the Mimosa.

The ship burned for two months and spilled millions of gallons of oil onto Texas beaches.

In a 6 p.m. newscast from Nov. 5 1979, an ABC13 crew reports from Galveston on the status of clean-up operations on the beaches.