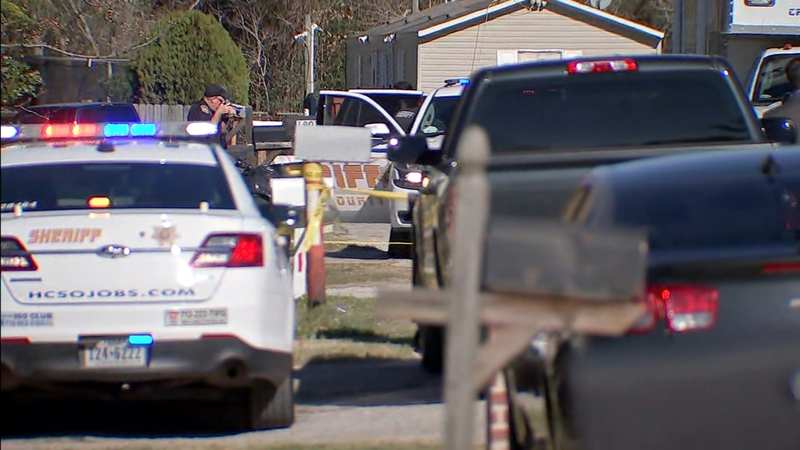 3 men shot to death, 1 other injured during attempted burglary

CHANNELVIEW, Texas (KTRK) -- Deputies are responding to a shooting where three people are dead and a resident is injured after an attempted burglary in Channelview.

The Harris County Sheriff's Office responded to a burglary at a trailer home located in the 1800 block of Amie Michele Lane around 10 a.m.

Deputies are at a home in the 1800 block of Amie Michele Ln in Channelview, where 3 males are confirmed dead after an apparent home invasion robbery attempt. A fourth male has been taken to the hospital. PIO is en route and updates will be given from the scene. #HouNews pic.twitter.com/VhSzUipznc

Deputies say two men were inside a home when they heard commotion coming from outside. One of the men looked out and saw three suspects dressed in all black trying to break in.

The man exited his room with a shotgun and opened fire on the suspects, shooting three of them.

Listen to dispatchers send units to report of four burglars being shot by a resident.

During an exchange of gunfire with the suspects, the man was also shot. He was transported to the hospital in serious condition.