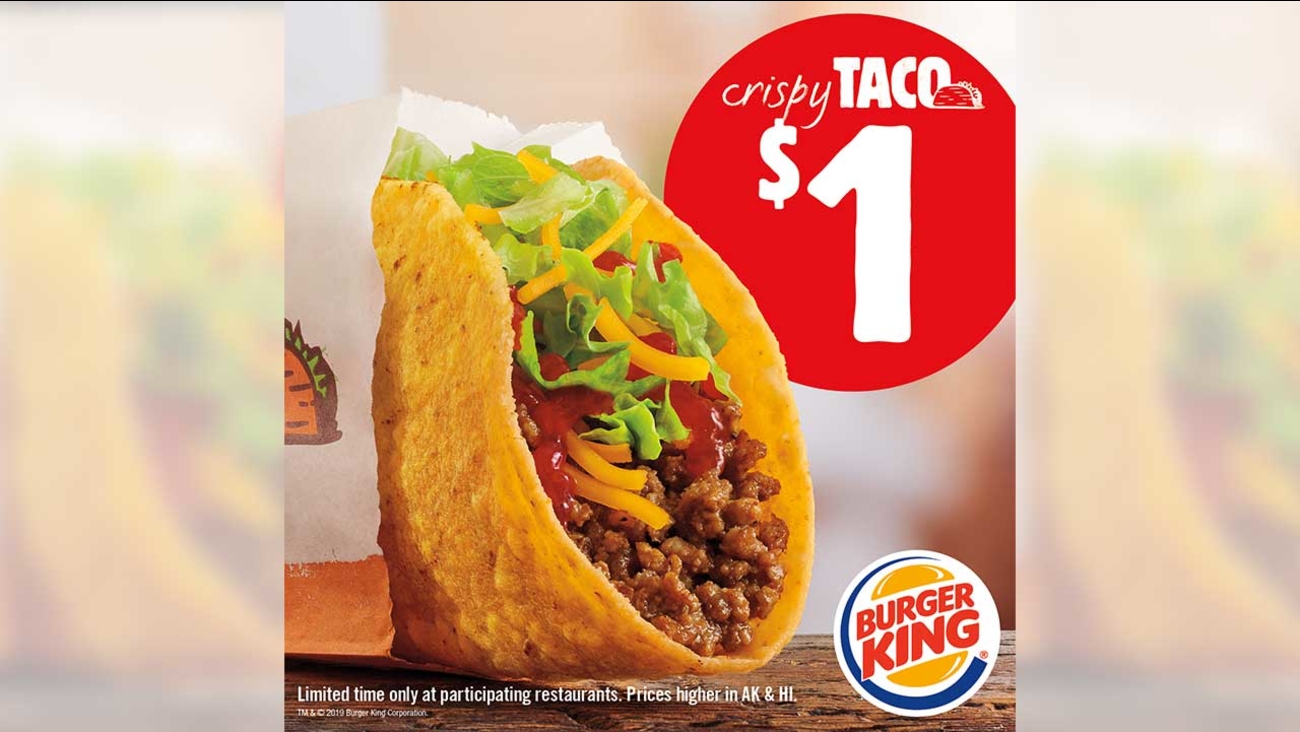 A new $1 item from a national fast-food chain is "everything you'd expect from a taco" ... except it's from Burger King.

The burger chain announced that, beginning on Tuesday, it is offering a cripsy taco filled with seasoned beef, shredded cheddar cheese and lettuce, and topped with a savory taco sauce.

Burger King traveled to Austin, "a city known by some as the capital of tacos," to film a commercial as part of the announcement, and the company said the verdict was that the new item has "enough crunch to satisfy the local taco experts."

the best part of going out? getting tacos afterwards. introducing our Crispy Taco, only $1 and only at Burger King. pic.twitter.com/sgMO2vODeZ

The new menu item is being added around the country after a successful test run in western states, the company said.

"We've seen success with tacos in our west coast restaurants and knew it was time to bring this west coast crowd-pleaser nationwide," Chris Finazzo, president of the Burger King Corporation in North America, said in a press release. "The Crispy Taco adds variety to our snacking items and truly hits the spot."

The deal, which is priced higher in Alaska and Hawaii, is only available for a limited time.

Burger King is also hardly the first fast-food chain to offer unexpected menu items in a bid to attract curious customers. In 2018, IHOP insisted that it was changing its name to IHOB for "International House of Burgers." More recently, KFC announced that it is selling a Cheetos Chicken Sandwich throughout July.

As multiple food-centric news outlets have pointed out, another burger joint, Jack in the Box, already sells tacos and just began testing "tiny tacos" in some areas of the country.

Drum roll please...... TINY TACOS HAVE ARRIVED! But... only in Austin, Dallas, and Fresno. Show them your love & maybe we can make Tiny Tacos a thing everywhere! 🌮 https://t.co/u7E5EZKbr6