Buc-ee's pulls out of plans for North Carolina location 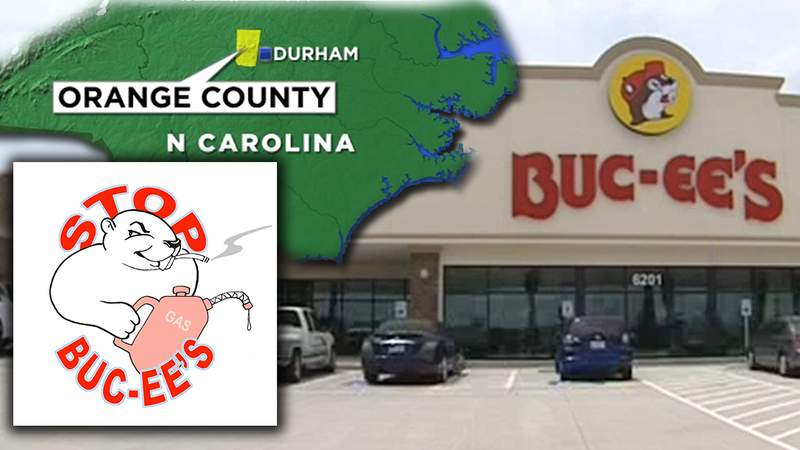 Buc-ee's won't be expanding to North Carolina... for now

Company officials said last week they would withdraw a rezoning application for a proposed travel stop in the Efland area, about 40 miles northwest of Raleigh, according to Indyweek.

"Unfortunately, Orange County Commissioners were not receptive to 200 jobs with starting pay of $15 per hour and full benefits, more than $1 million in direct tax revenue, and multiple services that would create additional jobs, tax revenue and benefit a sector of the community that has been historically underserved," Stan Beard, Buc-ee's director of real estate, said in a statement to Indyweek.

The application was held up in January after elected officials there wanted Buc-ee's to change plans for the size of the facility and address concerns that it would be built in the area of a protected watershed. The company's informational sheet attached to the rezoning application claimed the development would have met stormwater and erosion control guidelines outlined by local and state government entities.

The Efland Buc-ee's had planned to build a 64,000 square foot operation with dozens of gas pumps.

A Facebook group called "A Voice for Efland & Orange" celebrated the decision to dump the idea.

"We are overjoyed that Buc-ee's has withdrawn their application, and we are proud of the BOCC for listening to the concerns of Orange County residents," the post stated. "We look forward to starting a dialogue to bring thoughtful and sustainable development to Efland."

The Lake Jackson-based chain has stores across Texas, as well as in Alabama and Florida.
Zachery Eanes, a reporter for the Charlotte Observer, tweeted in Sept. 2020 about the plans for the beaver-adorned convenience store chain's anticipated arrival on Interstate 40.

North Carolina is apparently about to get its first Buc-ee’s. Texas people is this actually that big of a deal? I mean it's a truck stop, right? https://t.co/8EELHdVzXT

"North Carolina is apparently about to get its first Buc-ee's," Eanes tweeted. "Texas people is this actually that big of a deal? I mean it's a truck stop, right?"

Buc-ee's officials said the development would have created between 175 and 200 direct jobs.