Broken bricks have led to broken promises in Freedmen's Town 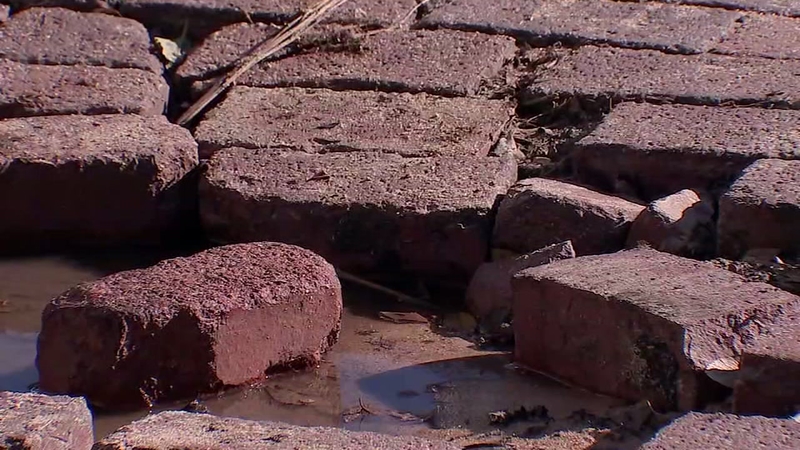 HOUSTON, Texas (KTRK) -- Broken bricks have led to broken promises in Freedmen's Town. At least, that's according to some residents in the historic Fourth Ward community.

In November 2016, contractors mistakenly bulldozed historic bricks at the end of Andrews Street while working on water and sewer lines. Mayor Sylvester Turner said then, it shouldn't have happened.

Crews demolished a large section of the bricks laid down by the ancestors of freed slaves.

But some bricks were salvaged. For more than a year, they've sat in a warehouse and Andrews Street remains torn up.

Activists like Gladys House-El says the mayor promised the bricks would be returned and the streets fixed. But more than a year later, it still hasn't happened.

"You know, he's been saying that for over two years now. And it's just worse," said House. "I'm going to take other actions to produce some tangible, progressive results. That's my response. I won't let myself down."

We called the mayor's office for comment and were referred to Public Works. A spokesperson from that office says the project is now set to be completed by February 23.