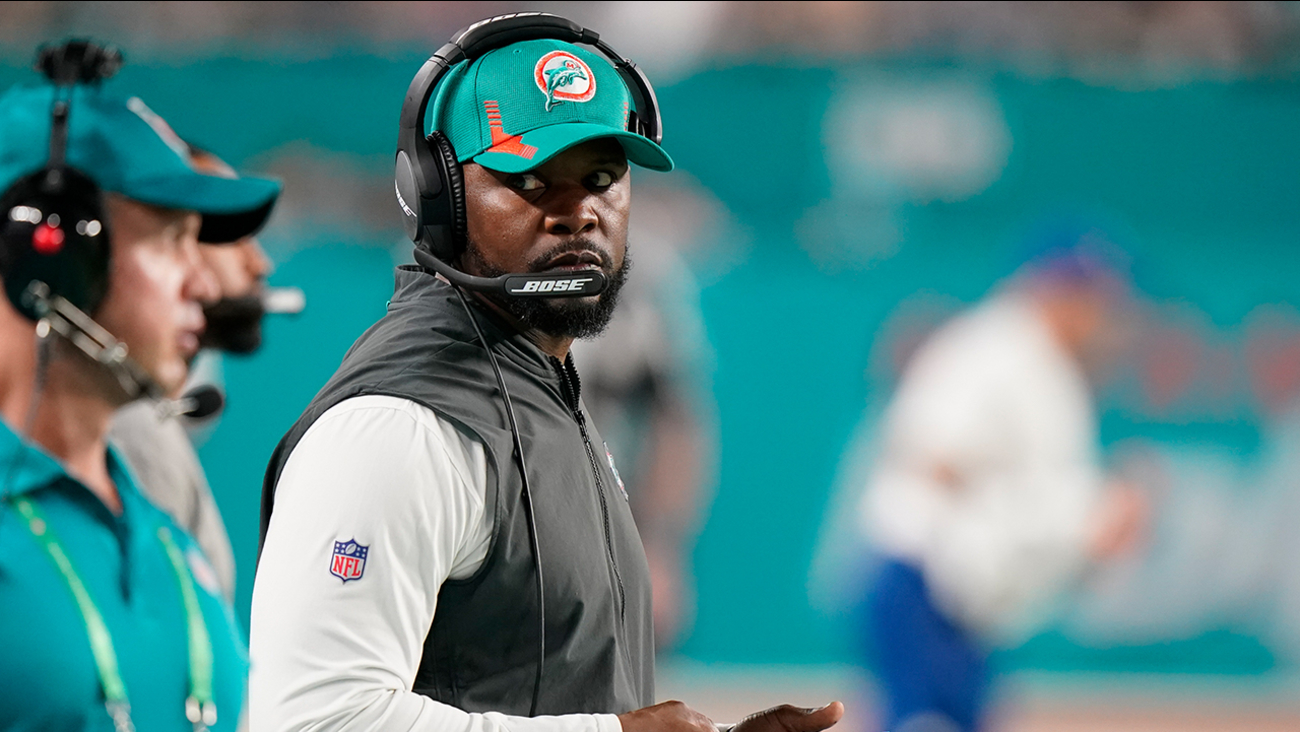 Former Miami Dolphins head coach Brian Flores has filed a lawsuit against the NFL, the New York Giants, and others over alleged racial discrimination.

The lawsuit filed in Manhattan federal court sought class-action status and unspecified damages from the league, the Dolphins, the Denver Broncos and the New York Giants, along with unidentified individuals.

It alleges that the "the National Football League has a painful history of racism that continues through the present day - particularly when it comes to the hiring and retention of Black Head Coaches."

Flores released a statement regarding the lawsuit:

"God has gifted me with a special talent to coach the game of football, but the need for change is bigger than my personal goals. In making the decision to file the class action complaint today, I understand that I may be risking coaching the game that I love and that has done so much for my family and me. My sincere hope is that by standing up against systemic racism in the NFL, others will join me to ensure that positive change is made for generations to come," Flores said.

The former Dolphins head coach and Brooklyn native was surprisingly fired by the team last month, despite a 9-8 season, capped off by a seven-game winning streak that nearly propelled the team to the playoffs.

The lawsuit alleges that the league has discriminated against Flores and other Black coaches for racial reasons, denying them positions as head coaches, offensive and defensive coordinators and quarterbacks coaches, as well as general managers.

"In certain critical ways, the NFL is racially segregated and is managed much like a plantation," the lawsuit said.

"Its 32 owners - none of whom are Black - profit substantially from the labor of NFL players, 70% of whom are Black. The owners watch the games from atop NFL stadiums in their luxury boxes, while their majority-Black workforce put their bodies on the line every Sunday, taking vicious hits and suffering debilitating injuries to their bodies and their brains while the NFL and its owners reap billions of dollars," it added.

The NFL responded in a statement Tuesday evening:

"The NFL and our clubs are deeply committed to ensuring equitable employment practices and continue to make progress in providing equitable opportunities throughout our organizations. Diversity is core to everything we do, and there are few issues on which out clubs and our internal leadership team spend more time. We will defend against these claims, which are without merit."

In the lawsuit, it's alleged that the Dolphin's reason for Flores' firing was due to "poor collaboration."

However, the suit claims that, "the writing had been on the wall since Mr. Flores' first season as Head Coach of the Dolphins, when he refused his owner's directive to 'tank' for the first pick in the draft. Indeed, during the 2019 season."

The lawsuit alleged that Ross then pressured Flores to recruit a prominent quarterback in violation of the league's tampering rules. When Flores refused, he was cast as the "angry Black man" who is difficult to work with and was derided until he was fired, the suit said.

Flores was considered a potential top candidate for the New York Giants' open head coach position, which would have made him the first Black head coach in the team's history.

The complaint includes text messages from New England Patriots' Coach Bill Belichick, who congratulated Flores on getting hired by the Giants when he hadn't yet interviewed.

READ THE FULL SUIT BELOW


Instead, it's alleged in the lawsuit that the Giants made the decision to hire Brian Daboll, and disclosed the decision to third parties, during a time when the team was still scheduled to interview Flores.

According to the suit, Flores was "forced to sit through an extensive interview process, knowing that the that the Giants had already selected a white man for the position."

The suit goes on to say that the Giants would likely have gotten away with it if Belichick had not mistakenly disclosed it to Flores in text messages, which were included in the Complaint as screenshots.

Meanwhile, the Giants released a response after being named in the lawsuit:

"We are pleased and confident with the process that resulted in the hiring of Brian Daboll. We interviewed an impressive and diverse group of candidates. The fact of the matter is, Brian Flores was in the conversation to be our head coach until the eleventh hour. Ultimately, we hired the individual we felt was most qualified to be our next head coach," the team said in statement.

According to the lawsuit, Flores' treatment by the Giants was typical of how the "Rooney Rule" has been administered for the last two decades.

The rule, named after Dan Rooney while he was chairman of the NFL's diversity committee, was created to give more minority candidates opportunities to become a head coach and reward teams who develop them.

In 2020, the NFL amended the Rooney Rule to stipulate teams must interview at least two minority candidates not associated with their own team for a head coaching vacancy. Also, one minority candidate has to be interviewed for coordinator positions as well as high-ranking positions in the front office, including the general-manager role.