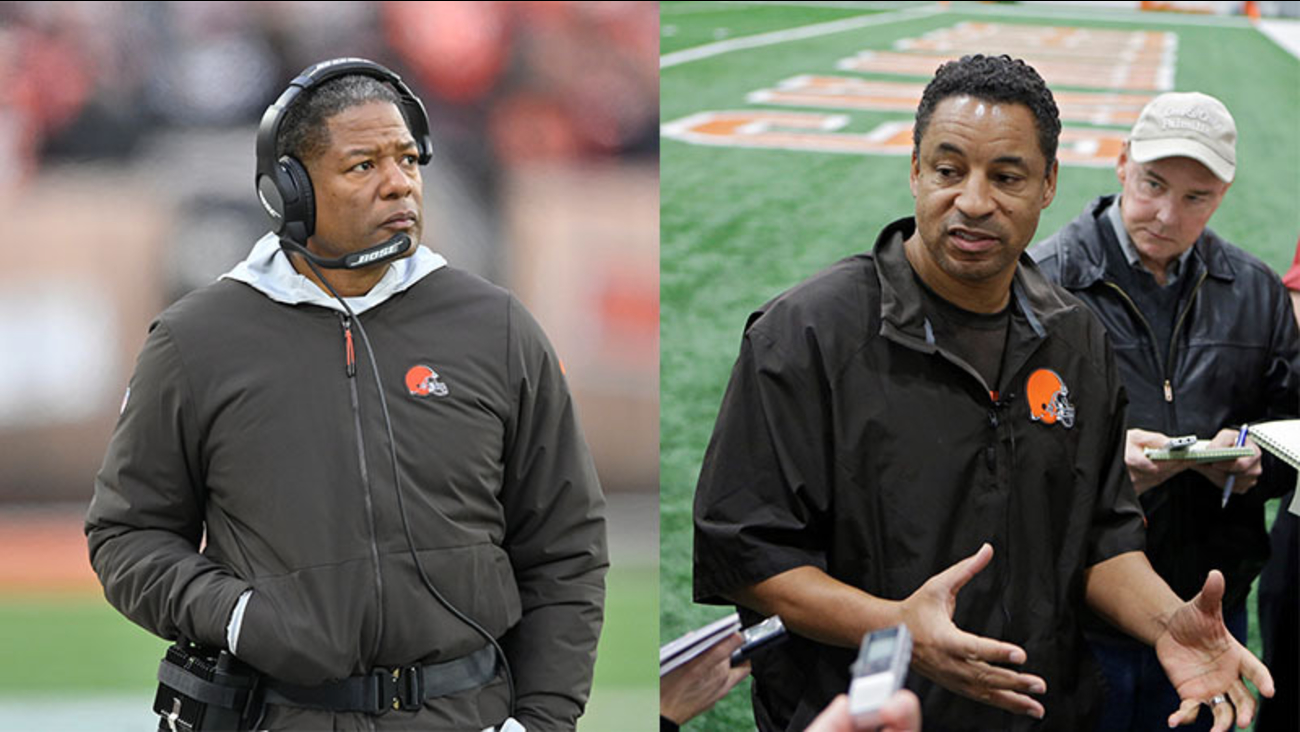 NEW YORK (AP) - Two Black coaches joined Brian Flores on Thursday in his lawsuit alleging racist hiring practices by the NFL when there are vacancies for coaches and general managers.

The lawsuit said Wilks was discriminated against by the Arizona Cardinals in 2018 when he was hired as a "bridge coach" but was given no meaningful chance to succeed, while Horton was subjected to discriminatory treatment when he was given a sham interview for the Tennessee Titans head coach position in January 2016.

Flores also criticized the NFL in the rewritten lawsuit for its response to the lawsuit he brought against it and its teams several weeks ago.

The lawsuit added the Houston Texans to the teams Flores has alleged discriminated against him, saying the Texans engaged in "blatant retaliation" by removing him from consideration for its head coach vacancy after he sued the league.

In a release from the lawsuit's attorneys, Wilks said he hoped the lawsuit would help bring racial equality to the league. Arizona replaced Wilks with Kliff Kingsbury, a white man with no NFL coaching experience, and gave a white general manager an extension despite a drunk driving conviction.

"When Coach Flores filed this action, I knew I owed it to myself, and to all Black NFL coaches and aspiring coaches, to stand with him," Wilks said. "This lawsuit has shed further important light on a problem that we all know exists, but that too few are willing to confront. Black coaches and candidates should have exactly the same ability to become employed, and remain employed, as white coaches and candidates."

Horton said he was "devastated and humiliated" when he learned that his interview with the Titans was a sham.

"By joining this case, I am hoping to turn that experience into a positive and make lasting change and create true equal opportunity in the future," he said.

"The decisions we made after the 2018 season were very difficult ones," the Arizona Cardinals said in a statement. "But as we said at the time, they were entirely driven by what was in the best interests of our organization and necessary for team improvement. We are confident that the facts reflect that and demonstrate that these allegations are untrue."

Houston, in a statement, said its search for a head coach was "very thorough and inclusive."

"Due to his previous success as a coach in the NFL, Brian Flores was among the first candidates we held a formal interview with for the position and he remained a candidate until the very end," it said. "We enjoyed our multiple conversations with Brian regarding his vision for our organization."

It added: "In the end, we made the decision to hire Lovie Smith as our head coach and we believe he is the best fit for our team moving forward. It was a very fluid process that allowed us to spend time with a number of quality candidates. We are proud of our decision and will vigorously defend our process."

Smith, who is Black, was announced as the Texans head coach in February. He served as the team's defensive coordinator in 2021.

The Titans in a statement defended their 2016 coach selection process as "thoughtful and competitive," saying it obeyed NFL guidelines and its organizational values.

"We conducted detailed, in-person interviews with four talented individuals, two of whom were diverse candidates. No decision was made, and no decision was communicated, prior to the completion of all interviews," the Titans said.

The Titans concluded their interview with Horton by midday Jan. 16, 2016, and announced Mularkey was hired hours later. Mularkey said on a podcast in 2020 that he still regretted taking part in the interview process after having been told he would be the Titans' head coach before they satisfied the Rooney Rule.

"I sat there knowing I was the head coach in '16 as they went through this fake hiring process ...," Mularkey said then. "I'm sorry I did that. It was not the way to go about it."

Flores sued the NFL and three teams on Feb. 1 after he was fired as Miami Dolphins coach in January after leading the Dolphins to a 24-25 record over three years. They went 9-8 in their second straight winning season, but failed to make the playoffs during his tenure.

He has since been hired as an assistant coach by the Pittsburgh Steelers.

In the updated lawsuit Thursday, lawyers for Flores noted that the NFL responded to the lawsuit in February by saying it was "without merit" but its executives have made statements and taken steps in "unguarded moments" that showed it "has begrudgingly acknowledged the decades-long problem of systemic discrimination."

The lawsuit, as it did previously, seeks class-action status and unspecified damages from the league and individual teams. It alleges that the league has discriminated against Flores and other Black coaches for racial reasons, denying them positions as head coaches and other top coaching posts as well as a chance to be a general manager.

It also highlights the lack of progress in the two decades since the "Rooney Rule" - named after former Pittsburgh Steelers owner Dan Rooney - was created to give more minority candidates opportunities to become a head coach.

In 2020, the NFL amended the Rooney Rule to stipulate teams must interview at least two minority candidates not associated with their team for a head coaching vacancy and one minority candidate for coordinator positions and high-ranking front office positions, including general manager.

Last month, the NFL changed it again to require its 32 clubs to employ a woman or a member of an ethnic or racial minority to serve as an offensive assistant coach.
Report a correction or typo
Related topics:
sportshoustonnfldiscriminationfootballlawsuithouston texans
Copyright © 2022 by The Associated Press. All Rights Reserved.
NFL
Watson to meet with NFL officials in Texas this week, sources say
NFL Power Rankings 2022: Offseason 1-32 poll, plus players who bene...
Deshaun Watson deposed in civil lawsuits Friday in Houston
Day one of their dream job: Texans rookies react to start of minicamp
TOP STORIES
'It was like a mad dash:' Clear Creek ISD senior set to graduate
Man dead after being shot during road rage incident, HCSO says
CDC recommends wearing masks indoors, ahead of Memorial Day weekend
Widespread rain from storm line moving towards the coast
Murder suspect dead after found unresponsive in cell, sheriff says
Astros fan from Spring celebrates 95th birthday with favorite team
Child hospitalized after found 'unresponsive' at Splashtown
Show More
Runner dies after collapsing at finish line of Brooklyn Half Marathon
Global K-pop sensation Seventeen kicks it in Houston in new tour
'NFTs: Enter the Metaverse' | Trailer
Authorities search ends for man with felony warrant out for his arrest
Early Voting holds off Epicenter to win Preakness Stakes
More TOP STORIES News