Trooper charged in Sandra Bland case turns himself in to authorities 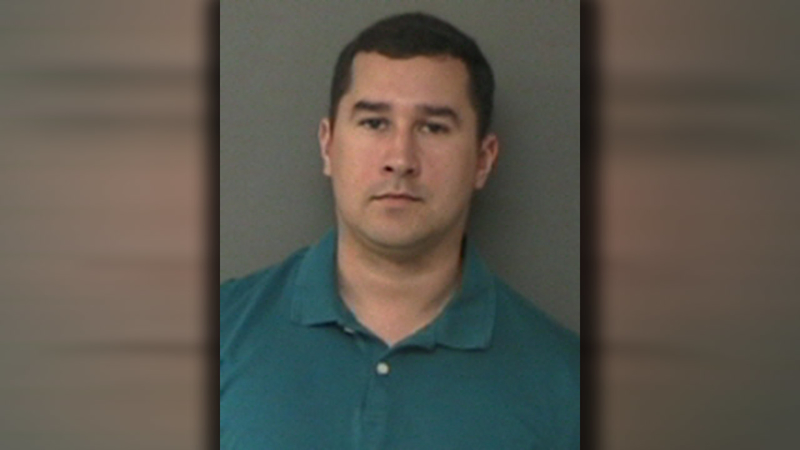 HEMPSTEAD, TX -- The Texas state trooper charged with perjury in the arrest of Sandra Bland has arrived in a pickup truck at the jail where Bland died after her arrest last summer.

Brian Encinia arrived at the Waller County Jail in Hempstead, Texas, as a passenger in a Ford F-150 pickup truck that pulled up to an overhead door at the jail. The door raised to admit the truck, then was lowered quickly.

Waller County Sheriff Glenn Smith says the booking process general takes about 30 minutes to complete. If bond is set and posted, Encinia would then be released.

A grand jury indicted Encinia a day earlier on a misdemeanor perjury charge for allegedly lying about the circumstances of his arrest of Bland last summer. If convicted he would face up to one year in prison and a $4,000 fine.

Messages left with the Encinia's attorney Thursday have not been returned.

The 28-year-old Bland was stopped in July for an improper lane change. She was arrested on suspicion of assaulting the trooper. Authorities say Bland hanged herself in her jail cell several days later. 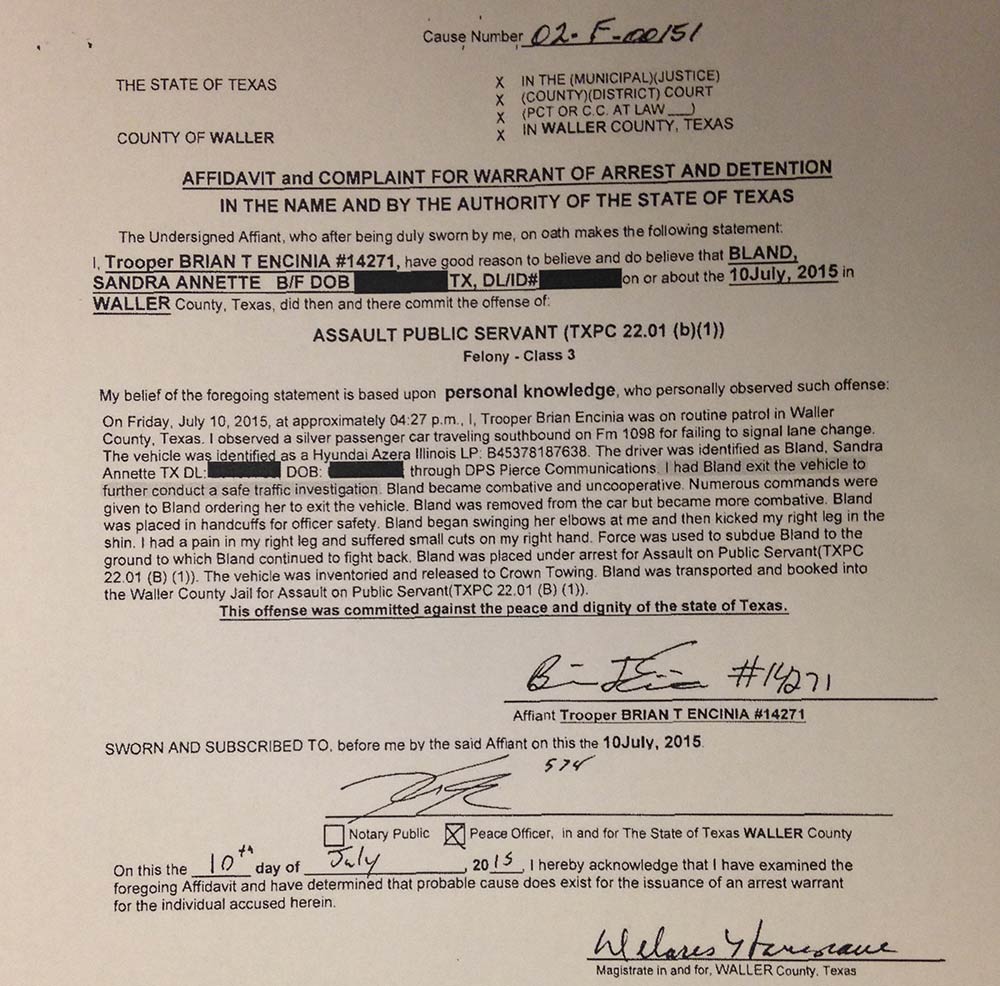