Here's what the three women accusing Brett Kavanaugh have said 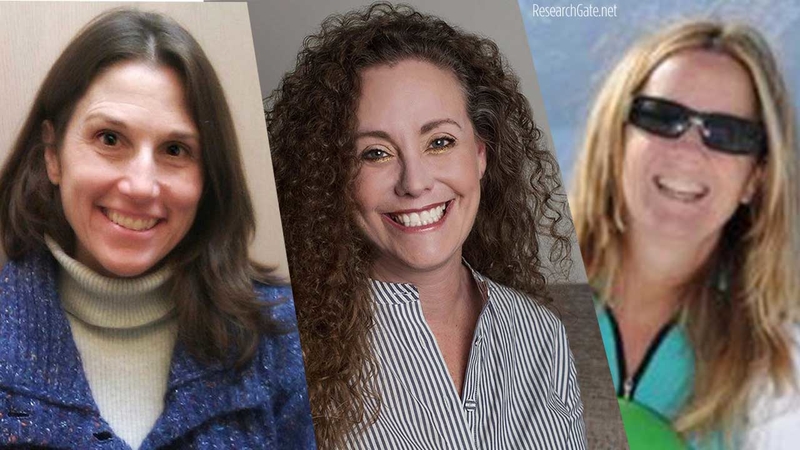 Here's what each of Brett Kavanaugh's accusers says

As President Donald Trump's next pick for the United States Supreme Court, Brett Kavanaugh, heads into hearings on Thursday, the allegations about his behavior in the past will be top of mind for many.

As of Wednesday, three women -- Julie Swetnick, Christine Blasey Ford and Deborah Ramirez -- have come forward to accuse the nominee of either sexual misconduct or sexual assault.

Here's a look at what each of them has said about what allegedly happened:

Who she is: Ford is a research psychologist and clinical psychology professor who is now based in California. She is married with two children. She knew Kavanaugh when they were both in high school in suburban Maryland, outside of Washington, D.C., in the early 1980s. Ford attended an all-girls school and Kavanaugh attended an all-boys school.

What to know about the allegations: Ford said that Kavanaugh sexually assaulted her when she was 15. She said that at a small gathering at a home, she was on her way to the restroom when she was pushed into a bedroom and found herself with Kavanaugh and a friend, Mark Judge. She said that both boys were drunk, while she had consumed one beer.

"It was hard for me to breathe, and I thought that Brett was accidentally going to kill me," she wrote of that moment.

When she learned of Kavanaugh's potential nomination, she initially reached out confidentially to her congresswoman in California, Democratic Rep. Anna Eshoo, but her identity has since been made public.

Sen. Orrin Hatch said that he believes Ford could have "mistaken" Kavanaugh for someone else, but a childhood friend of hers found the thought insulting.

"It's really a way of dismissing her and suggesting that her memory isn't clear," Samantha Guerry told ABC News. "I think that when you have someone's hand over your mouth and you think that you might die by accident you know who you're dealing with."

Ford released her full statement about the alleged incident that she will read during a testimony at a Senate Judiciary Committee hearing on Thursday.

"While I am frightened, please know, my fear will not hold me back from testifying and you will be provided with answers to all of your questions," she wrote in a letter to the Republican committee chairman Sen. Chuck Grassley. "I ask for fair and respectful treatment."

In a statement, Brett Kavanaugh denied the allegation. https://t.co/MfwuGAW8ij

Who she is: Ramirez knew Kavanaugh when they were classmates at Yale University. After college, Ramirez would go on to work for an organization that supports victims of domestic violence, according to a report published in The New Yorker.

What to know about the allegations: Ramirez said that, at a party where both she and Kavanaugh were drinking, Kavanaugh exposed himself near her face. Ramirez said there was unwanted contact as she tried to push him away.

Ramirez initially told the New Yorker that she wasn't sure of Kavanaugh's involvement in the incident but, after days of reflection, she said she was confident of her recollection. The allegations were sent to Democratic senators by a civil-rights lawyer, according to the report, which also said that Ramirez was hesitant to come forward.

In a statement to KGO-TV, Kavanaugh's first-year roommate, James Roche, described Ramirez as an honest person and Kavanaugh as someone who could become belligerent when drunk.

Who she is: Like Ford, Swetnick said she knew Kavanaugh in high school in the 1980s. According to a sworn statement released by her lawyer, Michael Avenatti, Swetnick is a longtime government worker. She has worked for the Department of Homeland Security and the Justice Department, and she now has active security clearances with the U.S. Department of Treasury and the IRS, according to the sworn statement.

What to know about the allegations: Swetnick said that she was the victim of a gang rape at a party, and that Kavanaugh was one of the teens present at the party.

"During the incident, I was incapacitated without my consent and unable to fight off the boys raping me. I believe I was drugged using quaaludes or something similar placed in what I was drinking," the statement reads.

In her statement, Swetnick wrote that, at other parties, she witnessed a "train" of boys, including Kavanaugh, lined up outside of bedrooms for what she believed were gang rapes on more than one occasion.

Kavanaugh has strongly denied the allegations from both Ford and Ramirez. In a new statement on Wednesday, Kavanaugh responded to Swetnick's accusations, saying, "This is ridiculous and from the Twilight Zone. I don't know who this is and this never happened."

In a letter written earlier in the week to the Judiciary Committee, Kavanaugh said that the allegations are an intimidation tactic.

"There is now a frenzy to come up with something-anything-that will block this process and a vote on my confirmation from occurring," he wrote. "These are smears, pure and simple. And they debase our public discourse. But they are also a threat to any man or woman who wishes to serve our country. Such grotesque and obvious character assassination-if allowed to succeed-will dissuade competent and good people of all political persuasions from service."

Like Ford, Kavanaugh released his statement ahead of Thursday's hearing. In it, he again denies the allegations made by Ford.

"I am not questioning that Dr. Ford may have been sexually assaulted by some person in some place at some time. But I have never done that to her or to anyone. I am innocent of this charge," he wrote.