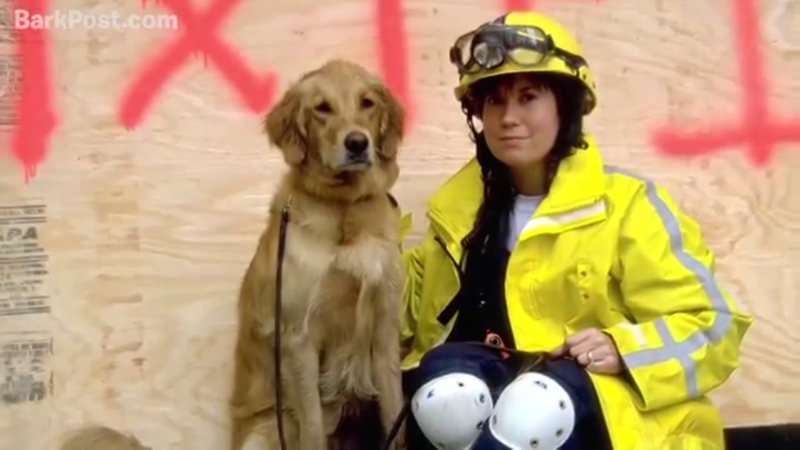 CYPRESS, Texas -- Bretagne, the golden retriever and Cy-Fair native who was a member of the canine team that responded to the 9/11 attacks on the World Trade Center, has been honored with a statue in Cypress.

The life size bronze statue of Bretagne was erected in the Fairfield master-planned community on the 16th anniversary of the 9/11 terrorist attack. The statue is located at the corner of Mason Road and Cypresswood Drive, in front of flag poles and near the Cy-Fair Volunteer Fire Department station where the rescue dog served.

Bretagne died on June 16, 2016, making her the longest living dog of the canine response teams. Since 9/11, Bretagne has responded to different disasters around the nation with her trainer, including Hurricane Katrina and Hurricane Rita.

The statue was designed by Salt Lake City artist Lena Toritch, who completed the sculpture based on photos of Bretagne in her younger years. At the unveiling, the Roberts Road Elementary School choir sang, and members of the Houston Fire Department Pipes and Drums played in her honor.

The bronze statue can be viewed at the corner of Cypresswood Drive and Mason Road.