Dozens of beehives set on fire by arsonist in Brazoria Co. 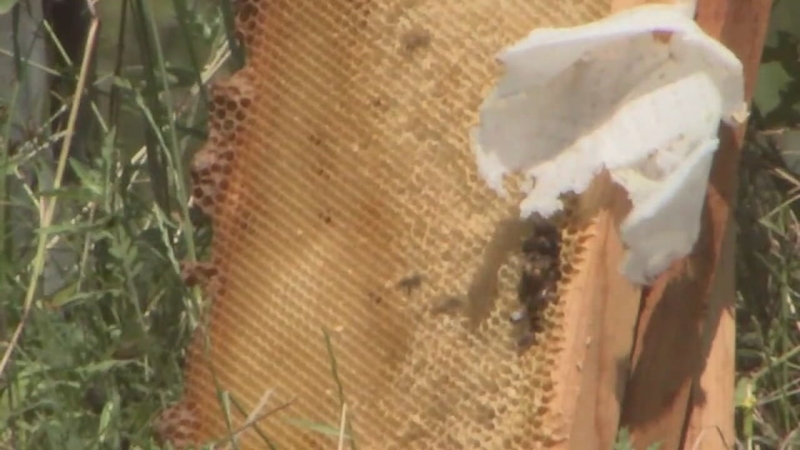 Dozens of beehives set on fire by arsonist

ALVIN, Texas (KTRK) -- More than half a million bees were killed during a weekend break-in at a Brazoria County pasture. About 20 hives were torn apart or burned. Others were thrown into a lake.

The loss of bees has consequences for backyard gardeners and agricultural farms in the Alvin area. Steve Brackmann sells beekeeping supplies and queen bees.

The hives belong to members of the Brazoria County Beekeepers Association, who found the remains of what had been 24 colonies at the site Saturday morning. Alvin police are investigating.

"It takes a long time to establish a colony," Brackmann said. "It can take a year to get a full one, but the queens were probably killed, which means those that survived have nowhere to go."

One comment on Facebook referred to it as ecoterrorism, and Brackmann doesn't disagree with that. Bee populations are dropping rapidly across the country because of insecticides and herbicides which take away the plants on which bees forage.

The loss also happened as the honey season is just getting underway. One member lost all the honey he expected to sell at farmers markets this summer.