Flight from Houston diverted to JFK Airport after bomb threat 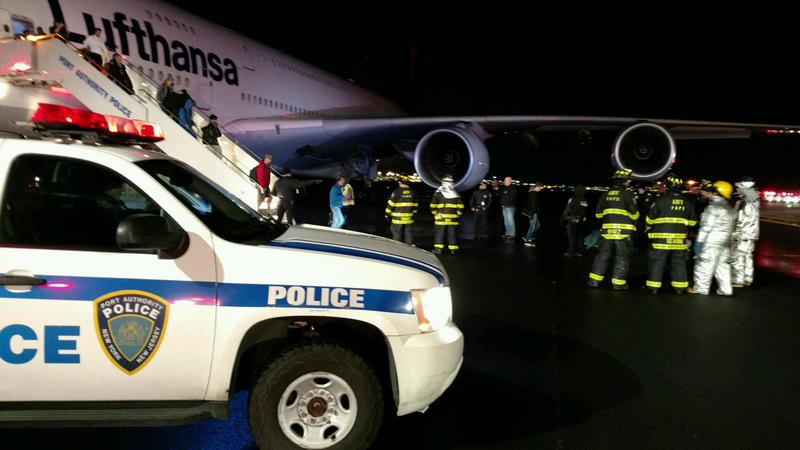 NEW YORK (KTRK) -- The Port Authority of New York & Jersey says Lufthansa Flight #441 from Houston to Frankfurt was diverted to JFK Airport after a bomb threat was called in to the airline's corporate office.

The pilot chose to divert, and the plane was taken to a remote area at JFK.

Our sister station WABC-TV in New York has learned that the plane in question was an Airbus A380 -- the world's largest commercial airliner -- with 530 passengers onboard.

Lufthansa Flight # 441 from Houston to Frankfurt was diverted to JFK after a bomb ‘threat’ received by phone.@ABC7NY

Authorities checking threat to Lufthansa plane at JFK Airport. No other flights or terminals impacted.

All passengers are still on the plane. Authorities will have to offload all passengers, interview them and re-screen luggage.