ABC13, Moody Gardens and the Gulf Coast Regional Blood Center are teaming up to help save lives across southeast Texas. With your support and donations, together we can make a difference!

Just one donation can save up to three lives. 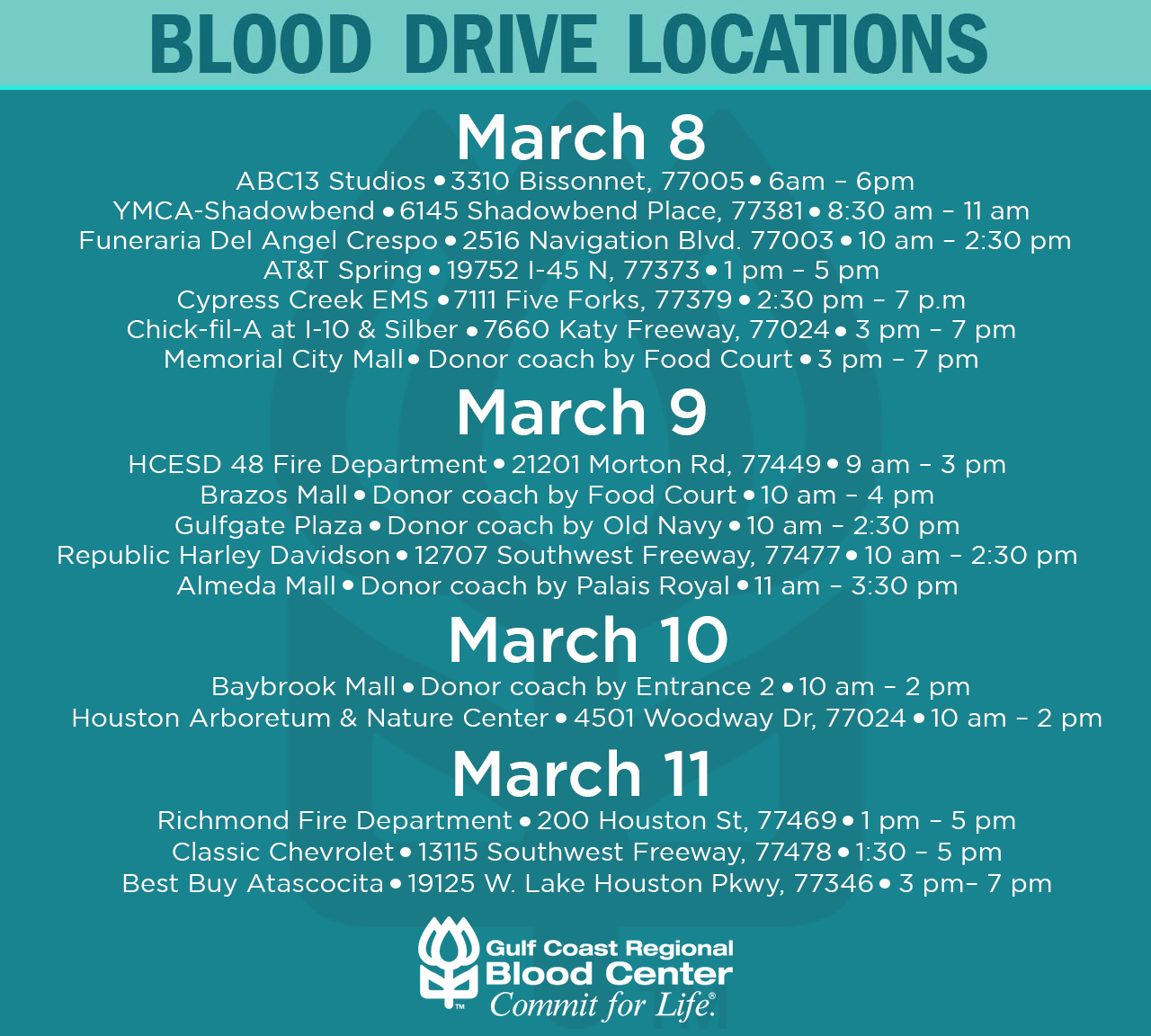 Courtney went from a fun weekend with friends to discovering that she was suffering from congestive heart failure just a few days later. Doctors informed her that she had been born with an underdeveloped heart and was just now starting to feel the effects. She was told she had just a year to live, but thanks to medical intervention and Commit for Life donors, she is still here and continuing to fight for her life. In 2017, she had a ruptured aneurysm and underwent three brain procedures. It temporarily damaged her speech, but she has recovered after therapy.

Clayton, 21, is a fourth-generation pilot and a third-generation agricultural aviator. At the age of 19, in the early stages of his career, Clayton was involved in a nearly fatal plane crash due to a loss of engine power, which resulted in him requiring 80 units of blood to recover. To date, blood drives in his honor have collected 145 units of blood. Clayton and his family thank everyone who takes the time to donate blood through Commit for Life. Because of donors like you, he received a second chance at life.

Mia was hit by a car in March 2018 while crossing the street on her way to school. The 12-year-old was taken by Life Flight to Memorial Herman Hospital in critical condition. She sustained injuries to 90 percent of her body, including brain trauma, underwent 13 major surgeries and received at least two blood transfusions.

Tomas was born with a congenital heart defect and has a pacemaker. The first 8 months of his life, he needed platelets. He needed them again at 4 years old and again in his teens. A recent graduate of Channelview High School, Tomas plans to study criminal justice.