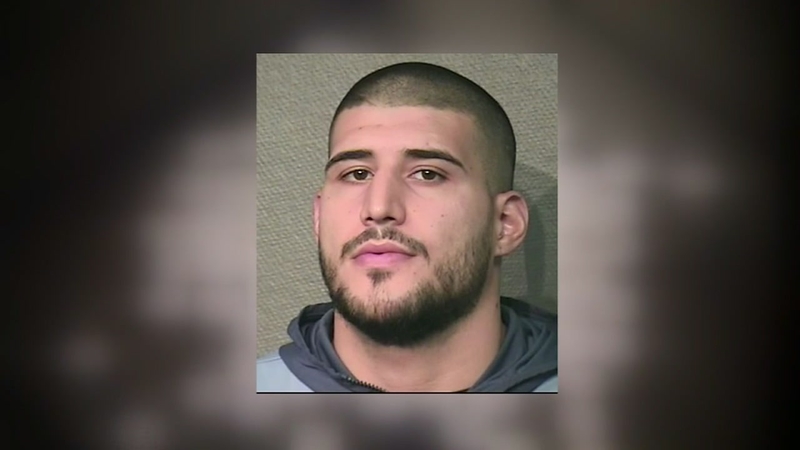 HOUSTON, Texas (KTRK) -- A former Rice University football player is stunned that his former teammate was arrested and charged with supplying a street drug that took the life of another Rice player earlier this year.

Blain Padgett died of what the medical examiner ruled the toxic effects of carfentanil, an analog of the synthetic opioid analgesic fentanyl. His body was found at his off-campus house by players when he failed to show up for practice.

His family and police said Padgett had taken what he thought was a hydrocodone pill that was given to him. Instead, it was a street drug that contained an amount of carfentanil so lethal that a few grains can cause death.

Stuart Mouchantaf, 25, was arrested by Houston police Thursday and charged Friday with delivery of a controlled substance causing death. It carries a penalty of up to life in prison.

Cameron Nwosu, who says he was a Rice linebacker from 2010-2014, remembers Mouchantaf as a talented player who transferred from Blinn College.

"He was a captain at one time on the team," Nwosu said.

Mouchantaf was a defensive tackle, until he sustained a knee injury in the 2013-14 season.

"He wasn't the same after that," Nwosu said. "Knowing Stu as a man and a teammate, he always had a good heart to help others. So you never know about the decisions people make, that's for sure."

Nwosu said football brings pain, whether from pulled muscles or torn ligaments, and that pain killers can bring addiction. He blames the pharmaceutical industry for creating medications such as oxycodone, and believes there should be remedies available that control pain, without creating addiction.