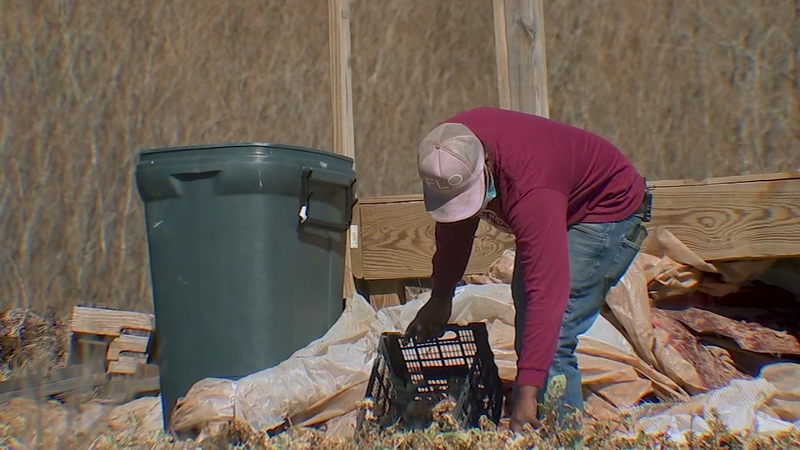 BRAZORIA COUNTY, Texas (KTRK) -- Jeremy Peaches was born to get his hands dirty.

"My last name is Peaches," he said. "My grandfather worked on a plantation in Mississippi where they grew peaches." 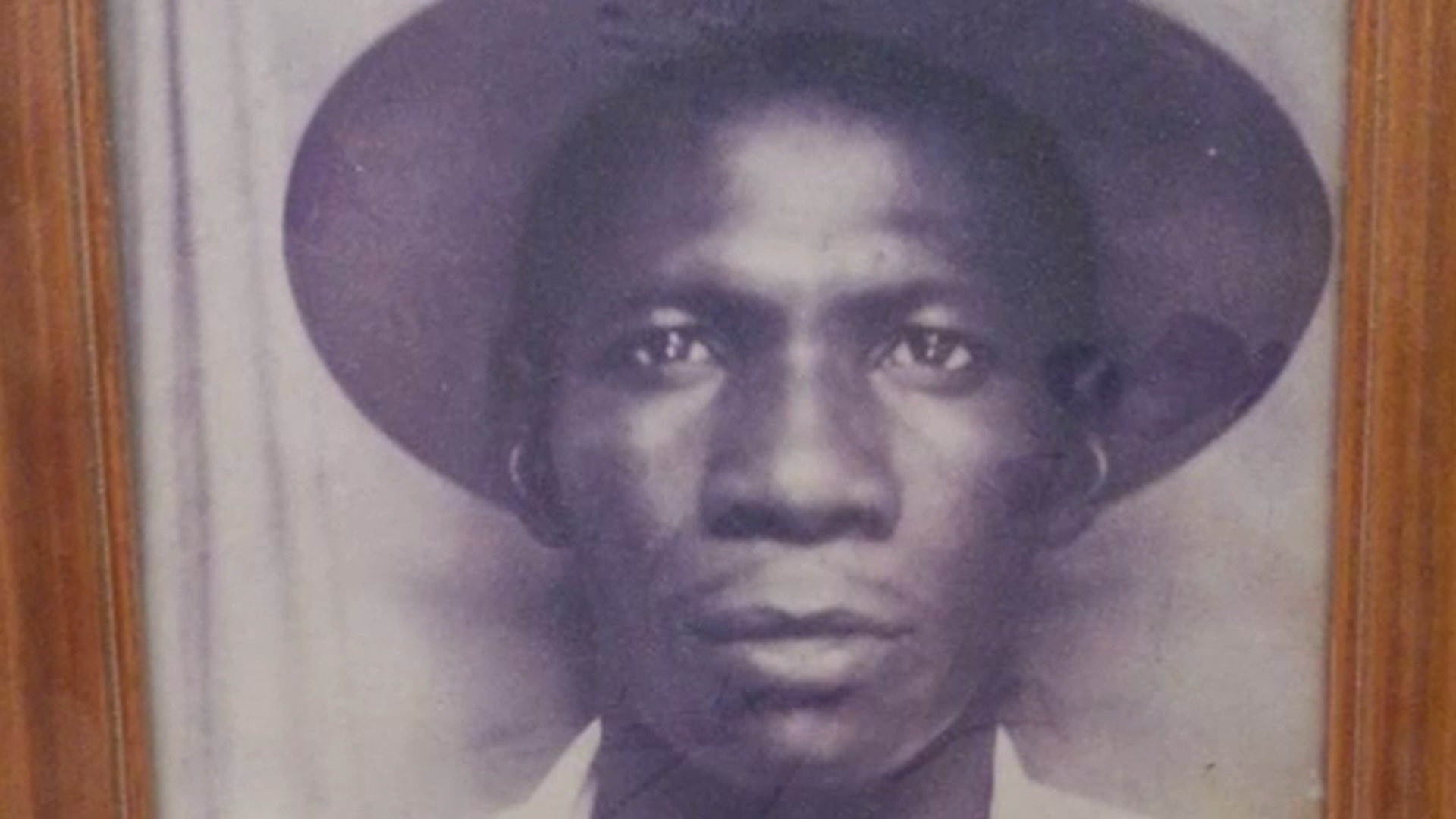 About 50 miles outside of Houston in Brazoria County, deep in Rosharon, is the Peaches family farm and Fresh Life Organics.

"I'm primarily the head farmer," said Jeremy. "My brother is in charge of distribution as most of our farmer's markets. My mother and aunt handle most of the books and clerical aspects of it. As well as my girlfriend ... she does all the invoicing."

They are just one of a few Black-owned family farms left in the Houston area, but all across the country, Black farmers are disappearing.

According to the U.S. Department of Agriculture, there were 32,000 Black-operated farms in the country in 2017, which is down 3% from just five years earlier. A total of 8,011 of those farms remain in Texas. That's the most in the United States. 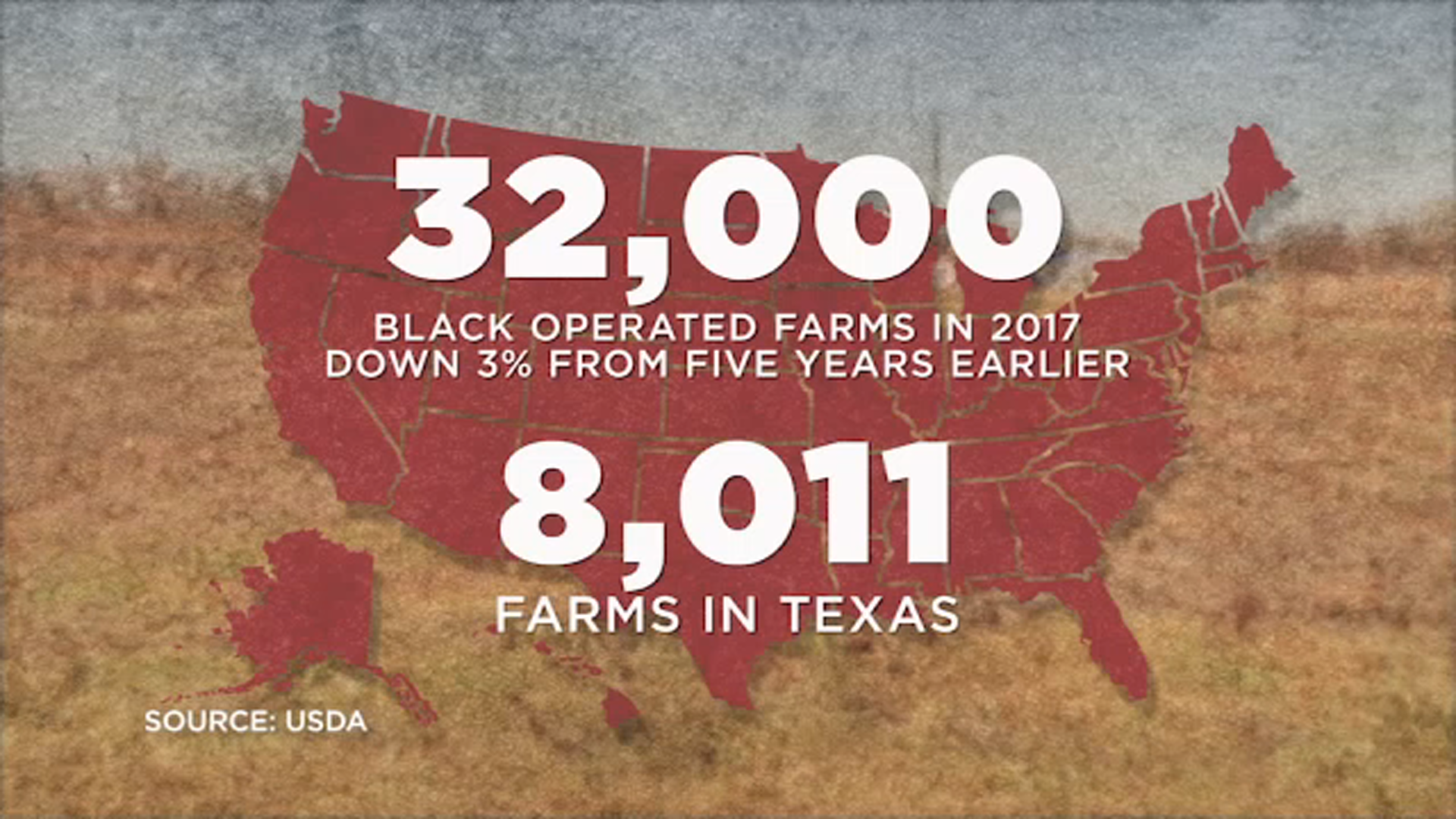 More than 100 people died in subfreezing weather in Texas, including many of hypothermia. Many families went without water and heat for days with no indication of when the power might be restored.

"[We're] trying to salvage as much as we can," said Jeremy. "I took my last, this past year, and planted five and a half acres, and in one day, it's all gone." 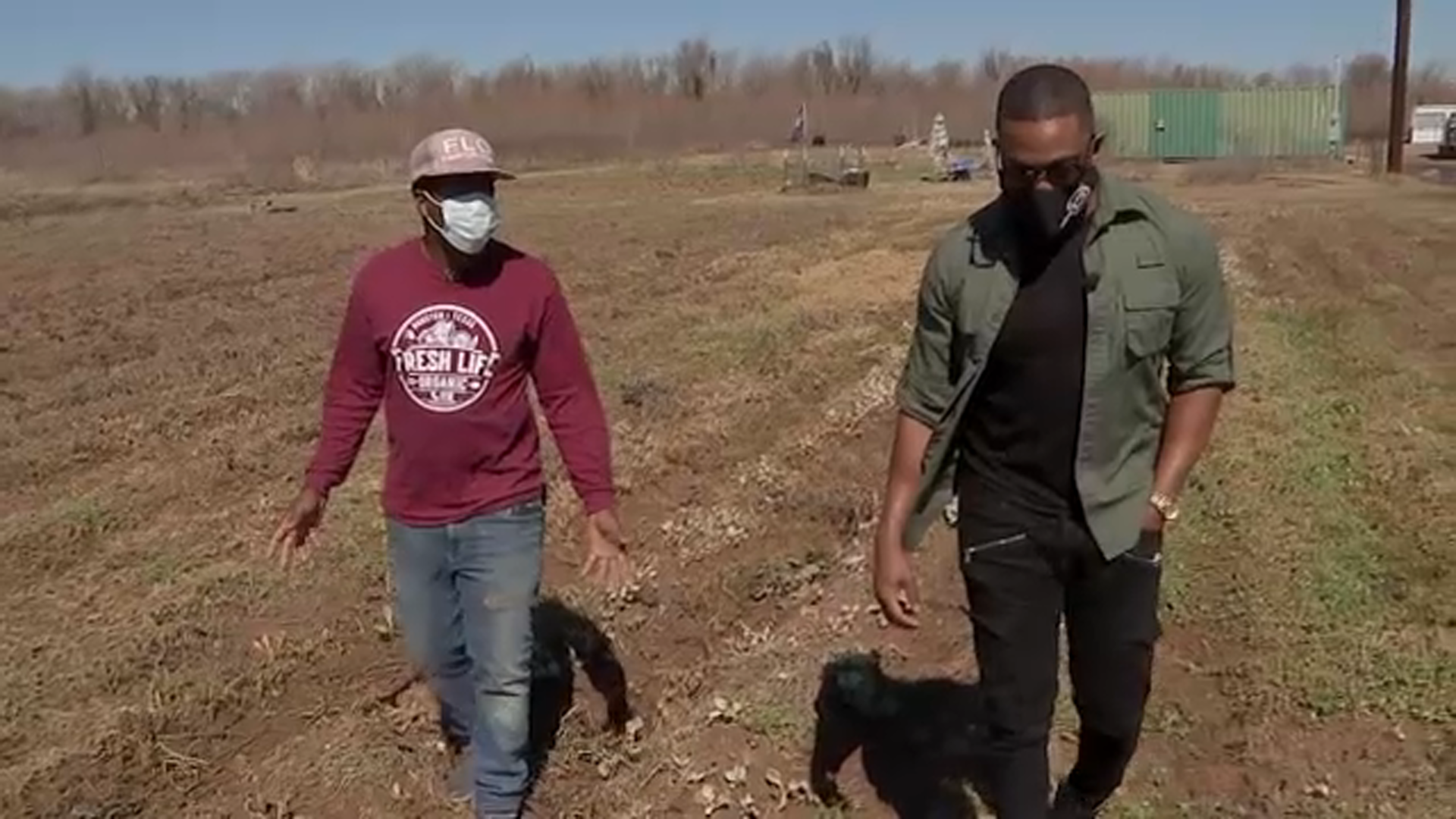 The Peaches family is no stranger to weathering tough times throughout the history of their farm.

"I recall that they would beat the Black man hanging and call them the 'N word', which was disgusting," said Helen Peaches.

"It's been times I've applied for some certain loans or even grant funding and was just denied ... for frivolous reasons," he said.

Right now, Black-owned farms make up less than 2% of all farms in the United States.

For decades, Black farmers have faced unfair treatment and discriminatory practices. Many of them were robbed of their hard-earned generational wealth. 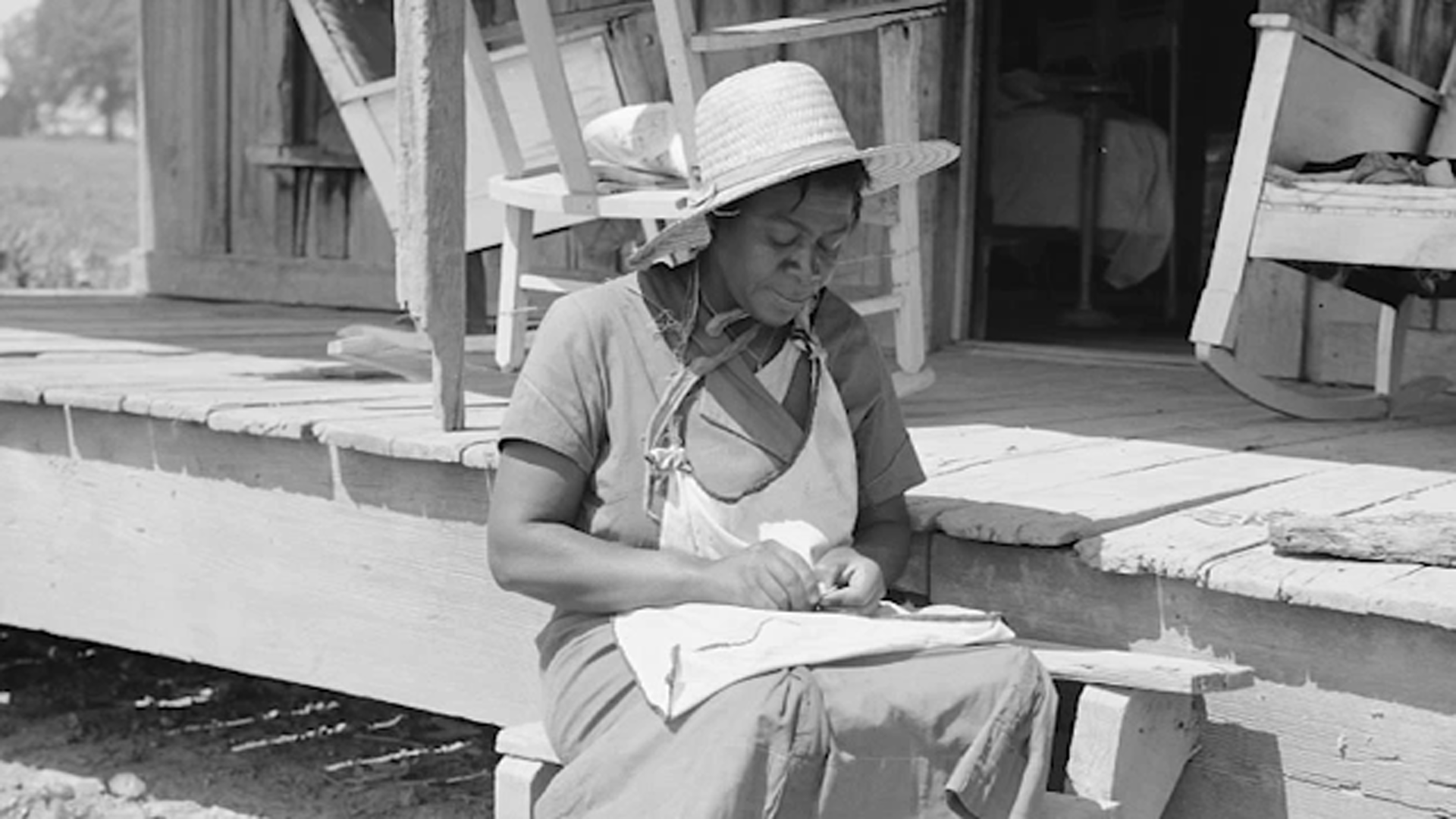 "We've been slaves, we've been sharecroppers, we survived Jim Crowe, and here I am talking to you," said president of the National Black Farmers Association John Boyd to Glover. "Another African-American man in the year of 2021 about a group of people who have been totally excluded from a large federal arm in this country. It's a national disgrace."

Boyd said Black farmers have faced all kinds of bullying tactics and have been blocked from receiving loans. He said they even had land taken away and sometimes, their crops were destroyed. Not by Mother Nature, Boyd said, but by man.

"We lost millions of acres of land at the hands of the United States Department of Agriculture," Boyd said. "The discrimination happened at the hands of Democrats, it happened at the hands of Republicans, so you can't say it's a one-party issue. It's been pervasive, and it's been going on for decades because of a county committee system, a three-member panel that's primarily made up of 99% of white men that kept Black farmers from getting loans. And when we got in trouble, they were the first ones to get the farms out of inventory."

However, help is on the way.

Through President Joe Biden's American Rescue Plan passed by Congress, farmers of color will receive $5 billion, most of which will go toward forgiving debt. It also includes funds for education, training and grants for the next generation of farmers.

"We wouldn't have to go through what our previous generations went through, we will automatically have at least the land, and from there, that would be on us to what we do with that land," said Jeremy.

Jeremy and his family are excited about what's on the horizon for Black farmers, saying though it doesn't make everything right, it's certainly a step in the right direction.

"Farming is hard work, but you know, we're very resilient people. We have a strong family," he said.