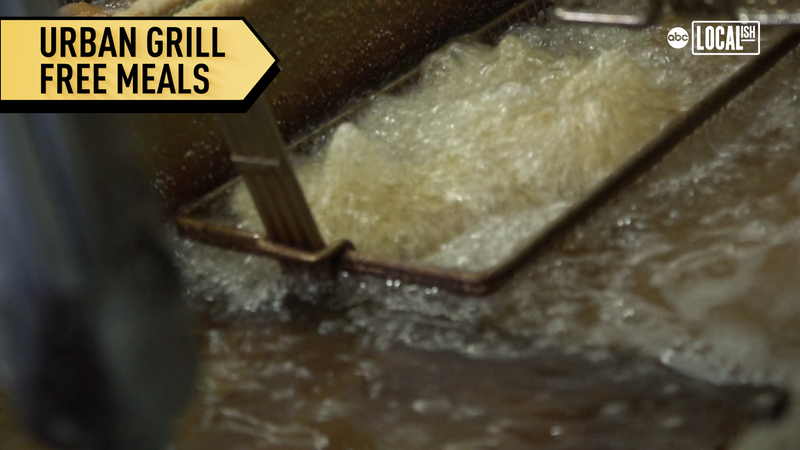 CHICAGO -- When Chicago Public Schools temporarily stopped its food distribution program out of safety concerns following protests across the city, one restaurant stepped up to feed the kids in their neighborhood.

"We just wanted to do our part in what's going on in the world and what better way, if you own a restaurant, than giving away free food," said Marcus Ward, co-owner of Urban Grill in Uptown.

The restaurant received so much community support the first day, they've decided to keep it going.

"Once we put it on social media it spread like wildfire. Everyone was sharing it, tagging us, and they were coming in, bringing kids who were happy and smiling," Ward said. "We had lines out of the door a few times."

"At first we were just trying to do it for one day but it's turned into something bigger than what we ever imagined," co-owner Brittany Ward said.

So much bigger, that it's lasting through Friday, all thanks to community donations.

"The feeling was overwhelming. I had one lady walk up to me and give me cash," Brittany Ward said. "I had multiple continuously giving me money. I'm getting chills thinking about it honestly."

Kids can choose between a hot dog or boneless wings. Both options come with fries.