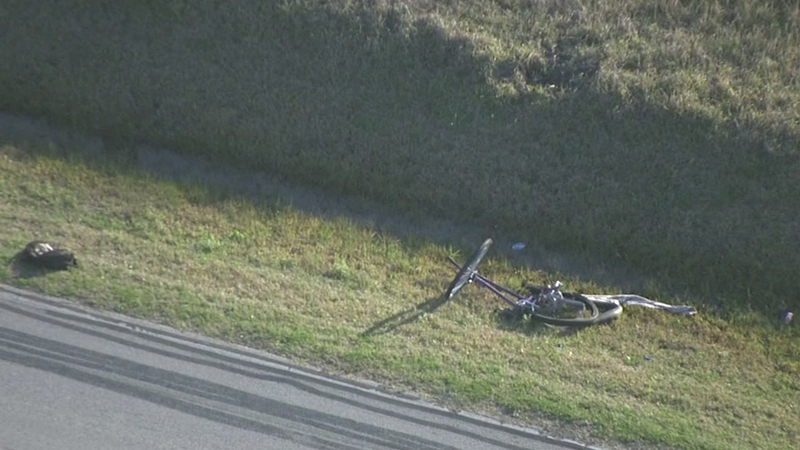 HOUSTON (KTRK) -- A cyclist is dead this morning after being struck by a car in northeast Harris County.

Harris County deputies say Richard Johnson was riding his bicycle around 5:30am along a stretch of Crosby Eastgate Road in the northbound lane.

Authorities say Mark Snow was driving his 2004 Mercedes-Benz in the northbound lane of travel behind Johnson.

Deputies say Snow only saw Johnson at the last moment and attempted to swerve to avoid Johnson.

The front of the Mercedes-Benz then struck Johnson in the northbound lane of travel. Johnson and the bicycle were thrown east of the roadway.

This happened around 5:30 this morning it was still dark out and there are no streetlights. There are no sidewalks -- there's just enough room for two cars on this road with ditches on either side residents who live nearby say it is not uncommon for cars to speed down the roadway.