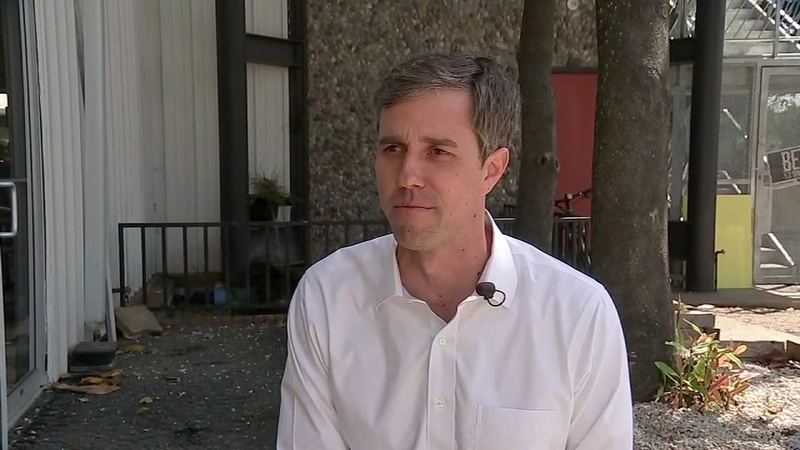 Who is Beto O'Rourke?

HOUSTON, Texas (KTRK) -- Beto O'Rourke, a 44-year-old congressman from El Paso, is making it his mission to turn Texas blue.

O'Rourke's now getting national attention after announcing his campaign raised $6.7 million from 141,000 people in three months.

"He's showing his concern for grassroots support so he really wants to be a candidate of the people," said Brandon Lamson, a professor at University of Houston.

"I think the thing that attracted me to him is he made an effort to go to all the schools and connect with students and be involved in his community," said Katherine Cable, UH student.

The father of three held another town hall in Houston.

"You find me here in Houston but you can find me in every part of Texas 'cause it's gonna take all of us to make this happen," he said.

He has been traveling in a small van from one place to the next, away from his family.

"No private plane, no PACs, no corporations, no special interest, no posters, no consultants. Just people - the people of Texas," said O'Rourke.

He's a fourth generation Texan who wants to create more jobs, help DREAMERS and tackle women issues. But all politics aside, he said this is more than just getting a Democrat to represent Texas in the U.S. Senate.