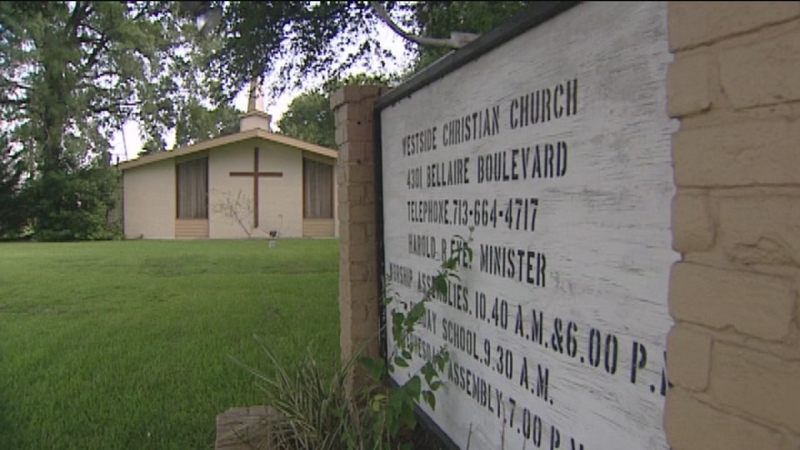 BELLAIRE, TX (KTRK) -- A proposal to rezone a piece of property is causing controversy in Bellaire. Unlike, Houston, Bellaire has strict zoning laws.

At issue is the property at 4301 Bellaire Boulevard. It is just over an acre of land and located next to the railroad tracks as you enter Bellaire from the east. Once across those tracks, you're welcomed by rather large homes. Residents say they are part of the city''s charm and charter.

"This is a city of homes," Joy Puzon told Eyewitness News and she and others want to keep it that way.

Mark Anderson has owned his home on Bellaire Boulevard for six years.

"I don't think commercial is the answer," Anderson said.

Up until it disbanded in 2012, the land was home to Westside Christian Church. Now, Sloan Properties wants to buy it and Frankel Development Group wants to develop it. The proposal is for two-story commercial building with restaurant and retail on the first floor and office space on the second floor.

For that to happen, Bellaire City Council would have to rezone the land from residential to commercial.

"How would you like it if some commercial place popped up behind your home," questioned Puzon, a Bellaire resident for 10 years.

Puzon is leading the charge against the proposal. Her home is right next to the property. She and other are concerned about traffic, declining property values and just what and who might occupy the space.

"Two-story windows all looking down into my little girls' bedrooms, bathrooms, our backyard where they all play...it's just an invasion of privacy," she said.

Frankel declined our request for an interview. In the company's proposal to the city to rezone, it call the land "undevelopable" otherwise, citing the railroad tracks, power lines and the property's narrow width. They say a landscaping buffer would preserve privacy. They have a traffic flow plans, but many worry this one change could lead to others.

"Should I and my neighbors ask for an exception and convert our residential properties into commercial? I'm sure everyone in Bellaire who enters Bellaire would have something to say about that," added Anderson.

There are still several more hurdles and hearings on the issue. The city administration has yet to make a recommendation.

Written comments to Bellaire's Planning and Zoning Commission are due August 6 by 4pm. The commission will vote on it on August 12 and it will be up for a City Council vote likely sometime in September.
Copyright © 2022 KTRK-TV. All Rights Reserved.
TOP STORIES
Suspect who shot 3 officers now in custody after standoff, HPD says
ABC13 obtains HPD scanner traffic of chase that led to shootout
Man arrested in corporal's murder is 25-year fugitive, officials say
Deputies escort body of fallen HCSO Sgt. to funeral home
Another cold front passes through tonight
100 bags of fentanyl found in bedroom of 13-year-old who died from ...
Biden confirms he will nominate first Black woman to SCOTUS
Show More
Toddler credited with saving family of 7 from devastating house fire
K9 stabbing suspect accused of killing father with dumbbell
Amy Schneider's 'Jeopardy!' accomplishments reach past podium
Armed driver was trying to rob another driver on Katy Fwy, police say
These jobs are hiring, and they pay more than $14 an hour
More TOP STORIES News